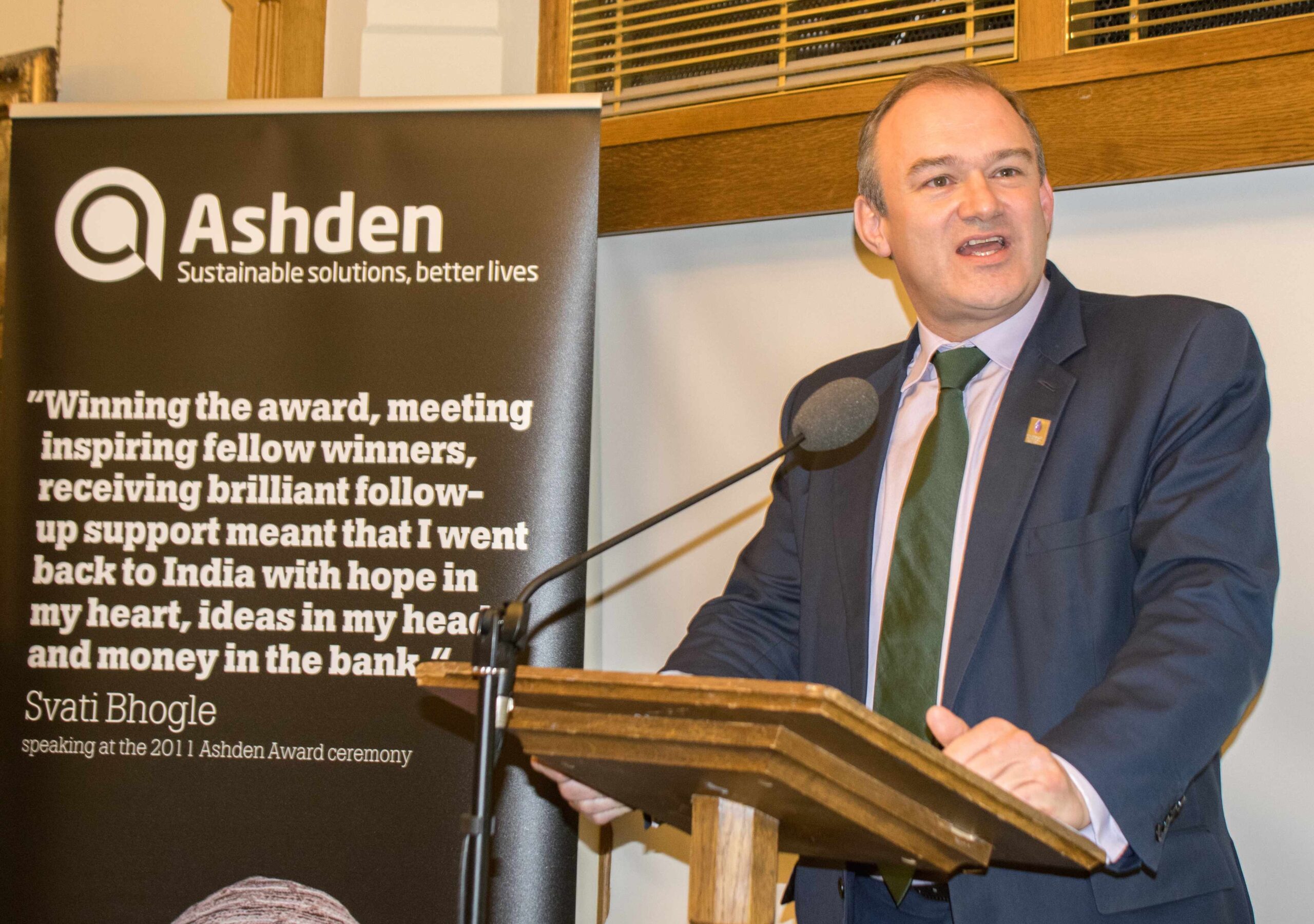 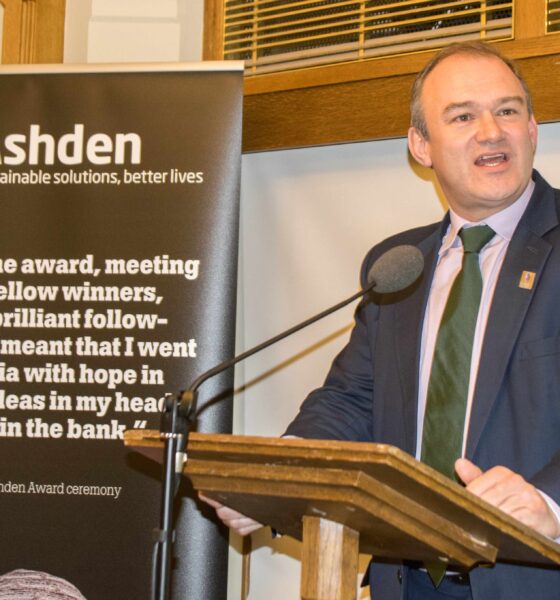 On Tuesday evening, the House of Commons’ Churchill Room was venue for Ashden’s evening reception, ‘Renewable Energy – A Power for Good’. Conservative MP Zac Goldsmith was our host and the keynote was from Ed Davey, LibDem MP and Secretary of State for Energy and Climate Change.

No matter how many times I visit the Palace of Westminster, it never fails to inspire this political junkie. The familiar clock faces of Elizabeth Tower as you approach, home of Big Ben, rising from Barry’s gloriously over the top gothic masterpiece and the hushed echoes of the ancient Westminster Hall before you enter Pugin’s wild interior, are something I’ll never tire of.

It makes a nice contrast to be standing amidst the ghosts of De Montfort’s parliament (1265) to hear about one of our fastest growing and newest tech industries, renewable energy, as a power (ho ho) for good.

The Ashden awards were started by Sarah Butler-Sloss in 2001. It uncovers and rewards sustainable energy pioneers in the UK and across the globe. To date it has given out 170 prizes, improving 45 million lives and taking 8 million tonnes of CO2 out of the system each year. Carbon dioxide emissions have risen by more than 30% over the past decade.

Ashden believes that energy lies at the heart of some of the world’s biggest challenges. 1.5 billion people lack access to modern forms of electricity. 4.3 million people die every year from the effects of indoor pollution, mainly from cooking. One in six households in the UK live in fuel poverty.

Zac Goldsmith opened the evening with the rationale for renewable energy being a power for good. Job creation at home, solar’s better than price parity in Africa and the low hanging fruit of energy efficiency, all being part of the mix. He called out previous winners of the Ashden awards such as Abundance Generation.

He then introduced his neighbouring member of parliament, Ed Davey, who decided to go off piste from his prepared speech of Coalition accomplishments to talk about community energy and the strategy he introduced in 2014. Decentralised, community-owned clean energy represents a huge opportunity and dramatic shift for our economy and one that Davey deserves credit for having done a lot to enable the shift.

Ashden’s founder Sarah Butler–Sloss rounded the evening off describing how she came to set up the awards. Last year she told Blue & Green Tomorrow, “In 2000, I was visiting homes and schools across Kenya and saw the appalling conditions that women were cooking in. The rooms they called kitchens were filled with smoke as they cooked on open fires. The smoke was choking the women, and they complained of terrible coughs and eye problems. A straightforward, fuel efficient smoke-free stove could change all this, saving lives and trees. I couldn’t understand why they weren’t everywhere!”

Ashden isn’t simply an annual award programme. It supports its winners by spreading best practice, influencing policy and creating an engaged network who can learn from others. By sharing and spreading the best in sustainable energy Ashden aims to transform lives, boost economies and tackle climate change. As such, Ashden is a true champion of the triple bottom line approach.