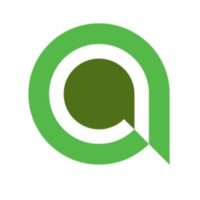 The 2016 Ashden Awards took place last night at a prestigious ceremony at the Royal Geographical Society in London. The Ashden Awards recognise and celebrate innovation and excellence in the sustainable energy industry. The Gold winners of the Awards, hosted by the BBC journalist Mishal Husain, have been announced as smart energy pioneer Open Energi and global finance enterprise SunFunder.

Celebrating excellence in the field of sustainable energy, the Awards include tailored support for both organisations to scale up their work along with up to £30,000 in prize money.

Winner of the Ashden International Gold Award, SunFunder is filling a crucial funding gap between investors and businesses specialising in off-grid solar energy that need short-term loans.  The judges were impressed by the game-changing nature of Sunfunder’s work – by unlocking capital for debt finance they are enabling solar companies to make power an affordable reality for the millions living off-grid.

Based in Tanzania and the US, SunFunder has so far provided over $8 million of finance to solar businesses in ten countries, helping them to offer solar electricity to thousands of people, and next year is hoping to grow sufficiently to be able to provide $50 million of finance.  SunFunder also wins the 2016 Ashden Award for Innovative Finance, supported by Citi.

Winner of the Ashden UK Gold Award, Open Energi is revolutionising the way the national grid is kept stable in a low carbon way and enabling its transition to renewable power.

Open Energi works with large corporate users, such as Sainsburys and United Utilities, and is able to invisibly adjust their electricity consumption to match available supply.  Its technology allows it to respond rapidly to fluctuations on the national grid, turning equipment up or down in under two seconds.  By intelligently shifting demand in this way, it is supporting greater use of renewable energy generation and helping to make the UK’s electricity system more efficient. Open Energi also wins the 2016 Ashden Award for Energy Innovation, supported by Impax.

After the Gold Award winners were announced, Ashden’s Founder-Director Sarah Butler-Sloss made an impassioned speech to guests at the Royal Geographical Society contrasting the boom in renewable energy that she witnessed on a recent visit to Kenya and Tanzania with the sweeping cuts to the sector in the UK.

She said: “In Kenya I visited a market town on the outskirts of the Maasai Mara nature reserve with no grid power but where SteamaCo, one of last year’s Ashden Award winners, has helped install a solar powered minigrid.  For the first time shops have lights so they can stay open after dark, cafes and bars can serve cold beer and have TV or music playing.  The butcher has a fridge.  A cinema has opened and there is an internet café.

“In the UK however it has been a tough year for sustainable energy.  The Feed-in Tariff rate for small scale solar power has dropped by over 60% and there have been other policy U-turns that are very challenging for the young solar, clean energy and energy efficiency industries.  We’ve seen some of our Award winners having to cut back on their staff and their growth plans, with their futures looking far from secure.

“I am disappointed that the UK, who had been leading in this sector, is now moving backwards, withdrawing subsidies fast and furiously – rather than being ahead of the curve and building on a very exciting industry that could provide so many jobs and help grow the economy.  I call on those with influence to persuade this government to think again and put the UK back at the forefront of renewable energy innovation.”