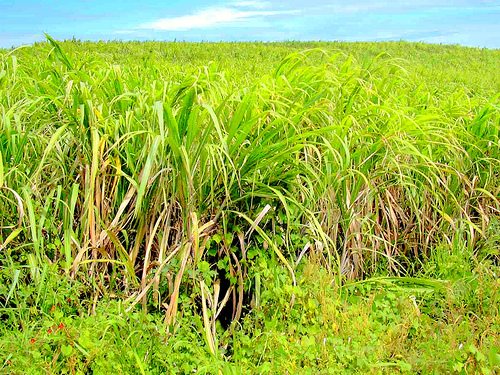 The EU parliament is preparing for a crucial vote that could decide the fate of the biofuels industry on Wednesday.

The plenary vote in Strasbourg will decide whether to place a cap on the use of agricultural biofuels.

Voices from within the industry say that the cap would compromise the UK’s ability to meet climate change and renewable energy targets, and risk hundreds of millions of pounds of investment.

Meanwhile, the charities Oxfam, ActionAid, Greenpeace and Friends of the Earth argue that the government must support the cap, as the use of crops such as sugar cane or palm oil in the production of biofuels cause hunger in poor countries and actually contribute to climate change.

In an open letter to UK MEPs and Ministers, the charities say that EU biofuels policy is “fuelling hunger, land grabs and climate change and costing governments and taxpayers billions every year.”

The letter concludes, “We are calling on the UK government and UK MEPs to end the madness of food being used to fuel cars while one in eight people go to bed hungry.”

The proposals have also been put forward partly to counter the possible emissions of greenhouse gasses caused by indirect land use change (ILUC) when new land is cultivated to grow crops for biofuel production.

However, the Renewable Energy Association (REA), the trade body for the biofuels industry, has previously argued, “The science of ILUC is too uncertain to introduce theoretical ‘ILUC factors.’”

The REA has also asked MEPs to consider the findings of a report by sustainable energy consultancy Ecofys, which argues that the competition between biofuels and food production has been exaggerated.

The study claims, “Systemic factors, like reduced reserves, food waste, speculation, transportation issues, storage costs and problems, and hoarding play a much larger role in local food prices [than biofuels]. These factors can be solved and should get much more attention.”

REA head of renewable transport Clare Wenner said, “The Ecofys report is the latest study to confirm that anti-biofuel campaigners routinely over-estimate the impact of biofuels on food prices.

“It injects much needed accuracy and objectivity into the debate. In contrast, the data campaigners have based their scaremongering on has been called into question.”

The EU aims to source 10% of transport fuel from biofuels by 2020, but the proposed legislation would limit the use of food-based biofuels to 5%.

In July, MEPs voted to restrict the total energy consumption of conventional biofuels in transport at 5.5%. This vote means the decision moves forward to this week’s plenary vote, while any conclusion will then also require endorsement by EU member states.