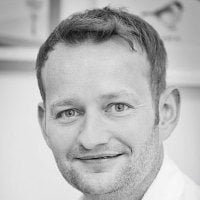 Campaigners are calling on parties to get behind votes at 16, online voting and a monthly ‘Citizens’ Question Time’ in the Assembly in the run up to May’s election. Electoral Reform Society Cymru are laying down a challenge for parties to get behind proposals for ‘revitalising democracy in Wales’, with the launch of ‘Breathing New Life into Politics’, the first of three manifestos being published by the campaign group ahead of May’s Assembly elections.

The 19 policy recommendations in the democratic reform manifesto include piloting a ‘Citizens’ Committee’ in the Senedd to scrutinise Ministers, introducing Proportional Representation for local elections, and making it possible to vote anywhere in Wales – all of which will be possible under the new Wales Act.

The Society are calling on parties to kick-start a ‘democratic revival’ in Wales as the election race heats up, with parties planning their manifestos in the run up to May.

Steve Brooks, Director of ERS Cymru, said “As the Assembly gains new powers over elections, there’s a real opportunity for parties and the next government to revitalise Welsh democracy, and this manifesto lays out the way forward.

“With innovative reforms like votes at 16, a monthly Citizens’ Question Time and online voting, we can make the next Assembly more engaging and participatory than it has ever been.

“We hope all parties embrace the recommendations as crucial moves to change the way we do politics in Wales for the better. We’ve laid down the challenge – now’s the chance to embrace this opportunity to make Wales a world-leader in democratic reform.

“Over the last two decades the shape of Welsh politics has changed enormously. We now live in an era of multi-party politics. But our institutions are under growing strain, while voters in Wales feel increasingly disconnected from politics. It’s time to bring democracy closer to the people.

“Wales will soon have the power to do so – and we hope parties use those powers for the good of voters.”