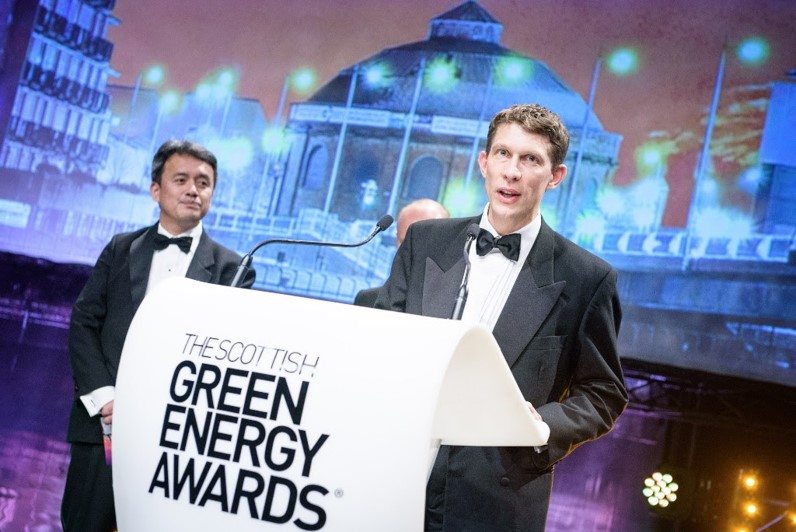 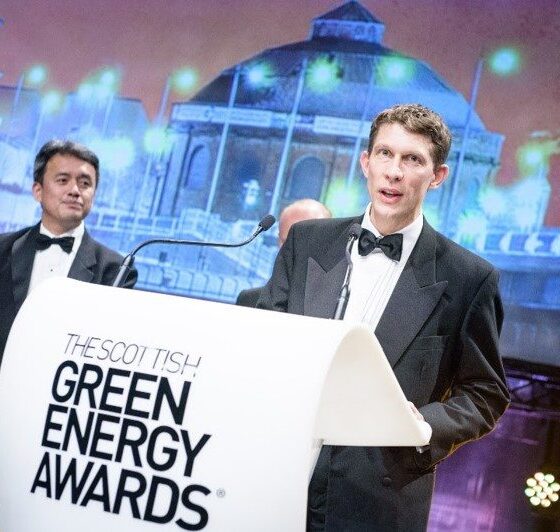 Twenty-one of the best green organisations, projects and people are celebrating after winning at the Scottish Green Energy Awards, held last night in Edinburgh.

Niall Stuart, Chief Executive of Scottish Renewables, the industry body which organises the awards, said: “In the week world leaders meet in Paris to tackle climate change there is much to celebrate here in Scotland. From small scale community developments to our cutting edge technologies and the individuals who champion our industry, the Scottish Green Energy Awards is all about recognising the people and organisations that are driving forward our industry.

“While the last few months have been incredibly challenging for the industry due to major changes in support from the UK Government, there remains a huge amount of determination, innovation and creativity that we can and should all be proud of.”

Other awards handed out at the 12th Scottish Green Energy Awards last night include the Best Supplier honour, won jointly by two Orkney businesses which judges said have brought value to the whole of a community.

Edinburgh green energy developer Locogen’s “exemplary” expansion – which has seen quadruple its headcount in just two years – meant it was given the Business Growth Award.

And John Cridland CBE, former Director-General of the CBI, was named Champion of Renewables for his work highlighting the UK Government’s impact on renewable energy investment with the many cuts and closures to support schemes since May (2015).

Smarter Grid Solutions and the University of Strathclyde (Scottish Borders)

Best Photography: Turbine blades at the Port of Inverness by Eddie Boyd 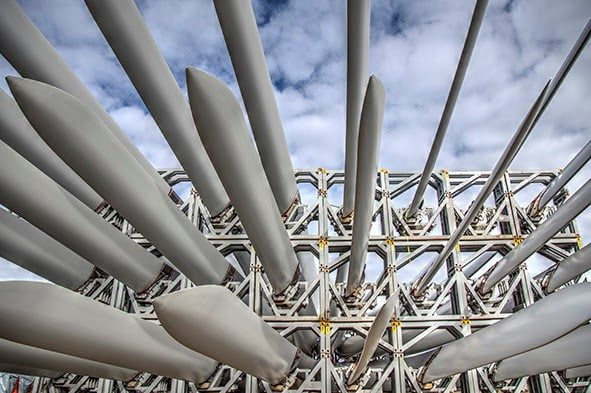 Matthieu Hue, CEO of main sponsor EDF Energy Renewables, said: “It has been another fantastic evening of celebration and very well done to those who have won an award tonight. It is well deserved and there was tough competition.

“What has been achieved by the renewable industry especially here in Scotland is incredible and I’m certain there is more to come.”

In the last two years the company has doubled the amount of renewable power generated at treatment works, meaning several now generate more than they consume.

The company has installed the world’s first “Difgen” hydro turbine – which controls water pressure while simultaneously generating electricity – in a main near Denny, and also operates 14 wind and 18 solar schemes.

He said: “We are delighted to win this award, which recognises our efforts to maximise the use of our 2,000 treatment works and 60,000 miles of pipes to generate an increased amount of renewable energy.

“From hydro schemes to solar PV and food waste recycling, these initiatives are helping to reduce our carbon footprint and bring down the cost of providing vital water and waste water services to customers.”