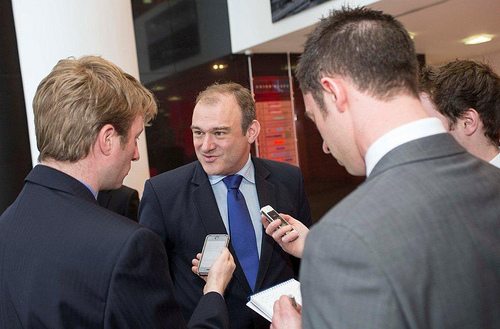 The government has promised to provide investors in UK energy infrastructure with further certainty, after publishing a draft set of plans to reform the electricity market.

The Electricity Market Reform Delivery Plan, which is under consultation until September, will look to help raise the £110 billion needed to upgrade the UK’s ageing electricity system by 2020.

Energy secretary Ed Davey said, “No other sector is equal in scale to the British power market, in terms of the opportunity that it offers to investors, and the scale of the infrastructure challenge.

“The Delivery Plan will provide investors with further certainty of government’s intent, so that they can get on and make crucial investment decisions that are supporting green jobs and growth.”

He added that it was “necessary” to support infant technologies develop at a reasonable price for the consumer, and that the proposals will shave £5 billion off the cost of delivering low-carbon power between now and 2030.

“This will put the UK one step ahead in the global race to develop clean technologies, and will support up to 250,000 jobs across the energy sector”, Davey said.

“As well as being good for green jobs and growth, what we are doing will protect our environment. The new strike prices [the fixed price at which renewable energy can be bought or sold] will mean that renewables can contribute more than 30% of our power mix by 2020, putting us on track to seeing significant decarbonisation of the power sector by 2030 and meeting our wider climate targets.”

However, the government has received criticism over its policies around gas – which campaigners say could scupper legally-binding greenhouse gas reduction targets. Friends of the Earth’s Oliver Hayes said the Department of Energy and Climate Change (DECC) was “ignoring the advice” of the Committee on Climate Change (CCC) – the government’s climate watchdog – by placing gas at the centre of its plans.

He added, “Instead of chasing out-dated and dirty energy at any cost, ministers must set a target for UK power to be carbon-free by 2030, giving certainty to companies looking to invest in Britain’s huge clean energy resources.”

DECC was also criticised by WWF-UK, whose head of climate and energy policy Nick Molho said, “The lack of a clear picture beyond 2020 is unsettling for companies wishing to invest in new low-carbon or supply chain projects, which take several years to build.

“If the government wants to see investment flowing in the UK’s clean energy infrastructure, it must set a direction of travel and stick to it.”

Molho accused some parts of government of being against the low-carbon agenda, and that sections of the Delivery Plan were incompatible with warnings from the CCC.

Chief executive Gaynor Hartnell said this effectively meant support for the technology had “come to an end”. The REA urged the government to reconsider its position, stating that biomass was crucial to the UK’s carbon targets.