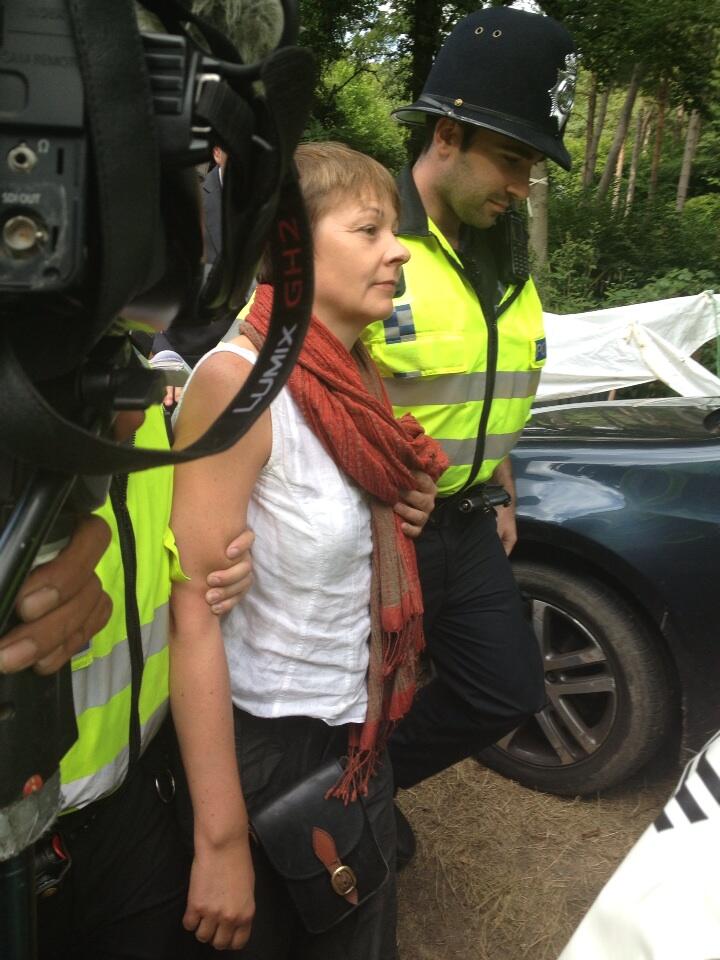 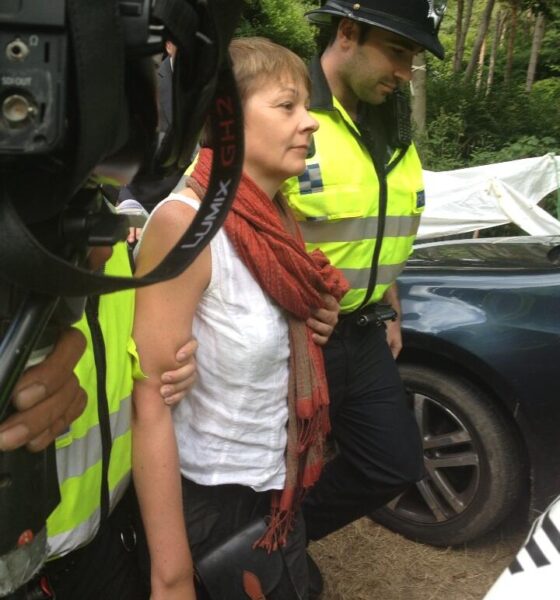 Former Green party leader and current Brighton Pavilion MP Caroline Lucas has been arrested in Balcombe, Sussex, during protests against fracking firm Cuadrilla drilling at a nearby site.

Campaign group No Dash for Gas, which is co-ordinating a number of protests across the UK, said on Twitter that she had been detained at around 3.30pm.

Thousands of campaigners are acting against Cuadrilla’s presence in the village, where exploratory drilling began earlier this month in search of shale gas. They are said to have blocked the main road to the site, and have condemned the police for what they have called “violent policing”.

In a statement issued immediately after her arrest, Lucas said, “Along with everyone else who took action today, I’m trying to stop a process which could cause enormous damage for decades to come.

“The evidence is clear that fracking undermines efforts to tackle the climate crisis and poses potential risks to the local environment.”

She added, “People today, myself included, took peaceful non-violent direct action only after exhausting every other means of protest available to us. I’m in the privileged position of being able to put questions to the government directly and arrange debates in Parliament, but still ministers have refused to listen.

She criticised government ministers, saying they have “ignored the views of those they are supposed to represent.  When the democratic deficit is so enormous, people are left with very little option but to take peaceful, non-violent direct action.”

Guardian reporter Peter Walker, who was at the scene on Monday afternoon, tweeted, “Very odd: woman sat next to @CarolineLucas with arms linked was not arrested. She doesn’t understand it either.”

Sussex Police issued a press release saying that around 25 protestors had been arrested. Superintendent Lawrence Hobbs said, “As we have said from the very start of this protest operation, we are more than happy to facilitate peaceful protest, but those who are intent on criminal action will be arrested.”

Lucas was leader of the Green party between 2008 and 2012. She became the party’s first MP when she was elected in the 2010 general election.