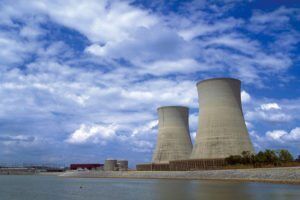 Damien Lardoux, Portfolio Manager at EQ Investor, has given his view on the government’s controversial decision regarding Hinkley Point. The full comment can be found below:

Following a final six-week review and after agreeing a ‘golden share’ deal, the UK Government has given the green light to two nuclear reactors at Hinkley Point in Somerset. The controversial move will see the first new nuclear plant built in the UK for 20 years.

As a leader on tackling climate change, the decision can be viewed as a major milestone to achieving a reduction in greenhouse gas emissions of 80% by 2050. Low and zero carbon sources represented slightly less than 50% of the UK energy mix in 2015. At 20%, nuclear power is the fourth biggest source of energy after gas, renewables and coal – contributing significantly to the 38% drop in greenhouse gas emissions since 1990. So why do I have reservations?

First, let’s take a look at the technology behind it. The European Pressurised Reactor (EPR), designed by Areva and EDF, has faced huge problems in its two European implementations to date, Finland and France. Significant design faults have resulted in six – and nine – year delays, and they aren’t expected to complete before 2018. Costs have more than tripled the initial forecasts and in Finland they have cancelled the option for a second reactor.

I find it hard to believe that EDF, the main contractor at Hinkley Point, will be on time and on budget.
Much has been made about the Chinese involvement, but the state-owned CGN brings its own experience of building two EPR reactors. These are expected to start producing electricity next year, after only a four-year delay! Less is known on these two reactors but concerns have been raised about faulty components and a lack of safety test data.

Without one working instance of the new EPR technology, it can’t be denied that the UK Government is taking a gamble, even if EDF is taking on the construction risk.

Interestingly, the Chinese themselves are not planning to build anymore reactors on home soil due to the high cost! Onshore and offshore wind farms currently produces electricity at a cheaper rate than what Hinkley Point promises. According to WindEurope, wind turbines have become 10% more powerful year-on-year, with high competition also reducing costs. The electricity produced by Hinkley Point is indexed to inflation and will soar over the 35 years of the contract.

Comparing the build times also raises questions. Hinkley Point will take at least nine years to establish, whilst onshore and offshore wind farms take eighteen months and four years respectively. It becomes quite clear that renewables would help to meet the climate change deadline sooner and with more certainty than the unproven EPR technology.

While nuclear power does not create climate change-related ‘greenhouse’ gases, it does poses security and health concerns. Chernobyl, Three Miles Islands and Fukushima caused serious consequences for the surrounding areas. Climate change itself may further increase the risk of nuclear accidents as heat waves causes cooling problems, as seen in France and the US. Uranium mining also creates health issues for the workers and the local community. That’s not forgetting the perennial challenge for the nuclear industry of what to do with reactive waste.

Rightly, the advocates of Hinkley Point argue that to only rely on renewables is risky, particularly at peak demand over the winter months. However, the development of interconnectors between the UK and other European countries would help to meet this demand and bring cheaper electricity when needed.

Looking at this from the demand side, Government measures to increase energy efficiency particularly of commercial and residential buildings would substantially reduce the UK’s need for generating new capacity. At times of peak demand, the rescheduling of non-essential use of electricity by energy intensive industries would alleviate pressure on the grid and could help to avoid building a new nuclear plant.

Bearing all of this in mind, I really struggle to understand why the Government under Theresa May felt the need to rush through a decision. Perhaps it sets the right tone for our post-Brexit economy?

We firmly believe it would have been wiser for the UK to promote cheaper and more reliable solutions to face the coming energy challenges. At EQ, we have developed the Positive Impact Portfolios to help finance companies that are helping the world to reduce greenhouse gas emissions. While nuclear energy is not entirely screened out, it represents less than 0.1% of our portfolios’ allocation. Furthermore, we have engaged with our fund managers to ensure that they only invest in energy companies which get more of their energy mix from renewables than from nuclear.