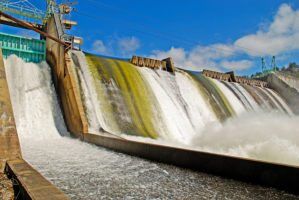 The Future Of Hydropower

This key renewables industry is ‘at a crossroads’ The UK government along with its Scottish counterpart to ensure the future of the hydropower industry, this is according to Paul Wheelhouse, the Business, Innovation and Energy Minister

Visiting a pumped hydro storage plant at Foyers, near Loch Ness, Paul Wheelhouse said the industry was “at a cross roads” with new projects coming on stream but with future investments and jobs threatened by the UK Government subsidy regime.

Mr Wheelhouse highlighted the role pumped hydro storage – a mature and highly flexible technology that enables the storage of renewable power – could play in Scotland’s energy system and called for closer working between the two governments on extending pumped storage capacity.

“The hydro sector is at a crossroads, with a number of exciting developments opening, but with some future investments, especially in small scale hydro, at risk due to changes in subsidies, brought in by the UKG, putting jobs at risk in many rural communities.

“Pumped hydro storage – like the facility I have seen today in Foyers – is a case in point. This tried and tested technology can play a key role in enhancing energy security, providing local jobs and helping to integrate renewables onto the network.

“As well as being able to further support peak demand, expanded pumped hydro storage would also be able to effectively store greater levels of electricity at times when renewable energy output is high but demand is low. However, this part of the hydropower industry requires substantial government support – not the kind of extra hurdles that changes in subsidies from the UK Government have put in place. That is why I am using this visit to urge the UK Government to do all that is can to support the real and continued potential in this energy resource.

“We are committed to supporting the development of renewables as part of a balanced energy portfolio, and are already developing an overarching energy strategy, setting out what we can do to optimise the benefits of Scotland’s significant energy resources and expertise through to 2030. We will do all that we can to ensure hydropower, and pumped hydro storage, will play an important role as part of a balanced energy portfolio.”

Lang Banks, director of WWF Scotland, has responded to the Energy Minister’s comments on the role pumped hydro plays in Scotland’s renewables mix with the following :

“Along with efforts to reduce electricity demand and strengthen interconnectors, increasing our hydro-pumped storage capacity will help make the most of Scotland’s abundant renewables and help deliver a fossil-fuel free power system. That is why the UK and Scottish governments need to work with industry to incentivise investment in pumped storage.

UK and Scottish governments need to work with industry to incentivise investment in pumped storage.

Hannah Smith, Policy Officer at Scottish Renewables, has also responded to the comments by saying :

“Hydro has a proud history in Scotland, with many of the familiar schemes installed after WWII recently celebrating their 70th anniversary.

“Cuts to UK Government support in recent years remain a matter of real concern for our members, and are likely to mean a sharp downturn in deployment in the next 12 months.

“However the potential for hydropower and pumped storage hydro in Scotland remains strong, and we are working with the Scottish and UK Governments to seek clarity over the support this valuable technology can expect to receive in future.”