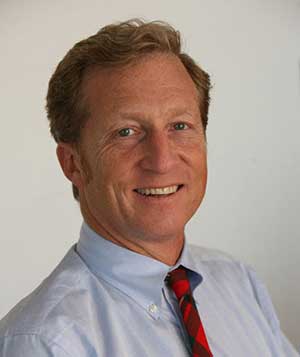 Billionaire climate activist Tom Steyer has said he will target the campaigns of seven US senate and governors this year, in an attempt to make climate change a top priority in November’s elections. He is prepared to spend up to $100m (£59m) in his quest.

The seven elections in Florida, Colorado, Iowa, Pennsylvania, New Hampshire, Maine and Michigan all feature Republicans that have denied climate change or received donations from the fossil fuels industry. Steyer will use $50m (£29m) of his own funds to back the campaign and hopes to raise a similar amount through donations.

Political group NextGen Climate Action, of which Steyer is the founder, has accused Republican candidates of denying the science of climate change and promoting the interests of the fossil fuel industry. The campaign aims to show that being “anti-science will hurt our opponents among perusable voters”.

Steyer said, “The debate on climate change is settled. It is here, it is human-caused and it is already having a devastating impact on our communities, but we need to accelerate the level of political support to address this critical issue before it’s too late.

“This means making politicians feel the heat – in their campaign coffers and at the polls.”

The campaign is part of an effort to make voters think about the impact climate change will have on them and ensure it moves up the agenda in upcoming-election this year and the 2016 presidential election.

Steyer has previously challenged US senator David Vitter to donate the campaign contributions he received from fossil fuel companies to charity. He added that doing so would demonstrate that Vitter’s support of the fossil fuel industry was “in no way connected to the more than $1m in campaign money” he had raised from the industry.