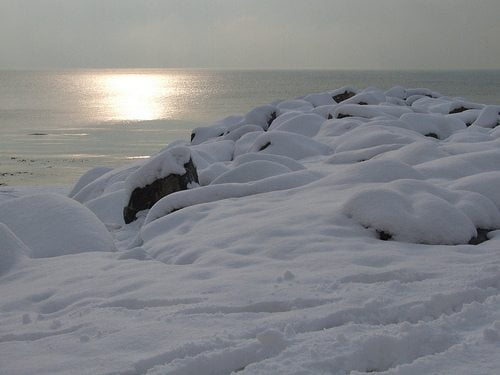 Researchers have uncovered evidence to suggest the Arctic is more exposed to manmade climate change than its southern cousin, the Antarctic.

A team from Dalhousie University in the US compared the characteristics of both the Arctic and Antarctic oceans and found that the Arctic is more acidic, warmer, has fewer nutrients and is therefore more susceptible to climate variations.

Dr Helmuth Thomas, one of the authors of the findings published in the Nature journal said, “Thanks to this research, we now better understand the interplay of various climate and biogeochemical drivers in controlling ocean pH and carbonate saturation state in polar regions.

“Climate and biogeochemical conditions make the marine Arctic ecosystem more vulnerable than the Antarctic ecosystem, with potentially severe consequences for people living at the Arctic coastline.”

In May, the Arctic Monitoring and Assessment Programme (AMAP) revealed that high levels of carbon dioxide (CO2) were causing rapid acidification in the Arctic – some 30% more compared to before the Industrial Revolution.

Meanwhile, recent analysis has revealed that the reflectivity of Arctic ice– how much the ice reflects the sunlight in order to preserve itself from excessive warming – is diminishing, making the sheets become darker and accelerating the melting. Predictions by the National Oceanic and Atmospheric Administration (NOAA) say that the region might end up with no summer sea ice by 2030.

Although Antarctica is not experiencing quite as rapid melting, research suggests that sunlight that filters into its waters during the summer is making seaweed grow faster. This is colonising the seafloor that was once dominated by invertebrates, and causing major environmental changes.