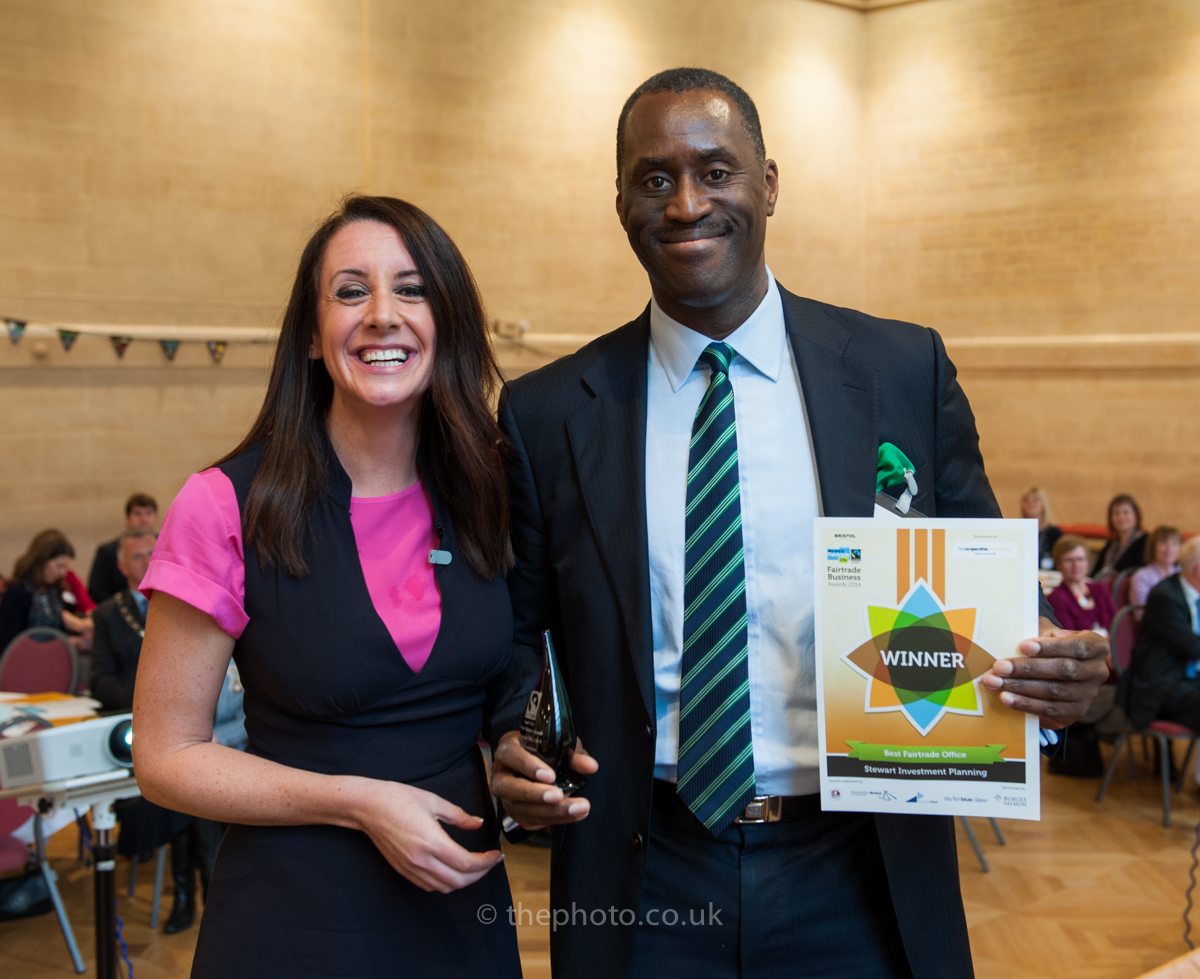 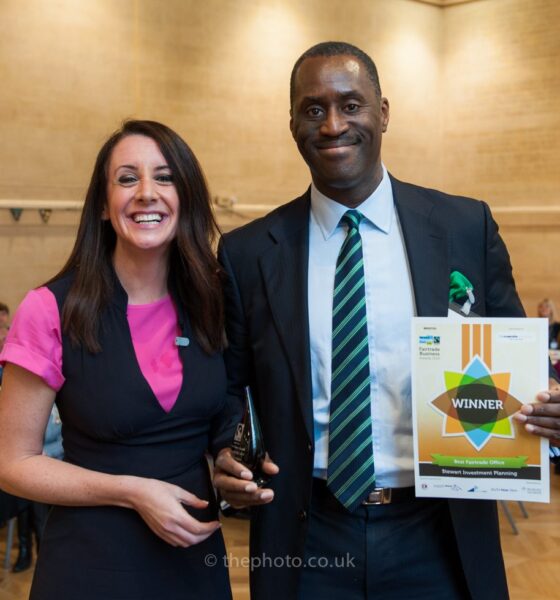 Bristol-based financial advisory firm Stewart Investment Planning has been recognised for its involvement with the Fairtrade movement at the South West Fairtrade Business Awards 2014.

Based in Abbots Leigh in north Somerset, three miles to the west of Bristol, the firm picked up a bronze award at the 2012 and 2013 editions of the awards. Managing director Martin Stewart said he was “absolutely delighted” to have been recognised again.

“Having won bronze awards in 2012 and 2013 we were hoping for a silver award this year, so it was a wonderful surprise to be announced the overall category winner”, he added.

“The award is also recognition of Stewart Investment Planning’s corporate social responsibility commitments and we will continue to support Fairtrade in the future.”

Bristol has emerged as a thriving hub for green business in recent years, with the likes of Sustrans, Forum for the Future and Triodos Bank all having offices in the city. In recognition of its sustainability commitments, it was revealed last year that it would be European Green Capital for 2015.

Meanwhile, along with Plymouth, Bristol was named the UK’s first ‘social enterprise city’ in September. And it was also named the best place to live among the UK’s 12 biggest cities in a report by MoneySupermarket.com in October.

The South West Fairtrade Business Awards were hosted by Guardian and Observer columnist Lucy Siegle, who is also the brains behind the successful Observer Ethical Awards. A full list of winners can be found here.