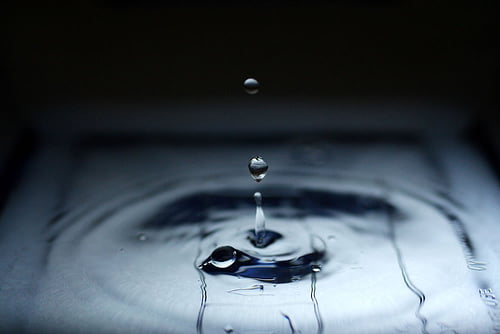 The Government is warning that droughts are likely for next summer in England and is calling on water companies, people and businesses to act now before a water shortage in 2012. Charlotte Reid has more.

A large number of the warmest years on record, in the last decade, mean that water companies have to take action now to prevent droughts happening in summer 2012.

The Government is warning that droughts are likely for next summer in England and is calling on water companies, people and businesses to act now before a water shortage in 2012. Charlotte Reid has more.

A large number of the warmest years on record, in the last decade, mean that water companies have to take action now to prevent droughts happening in summer 2012.

Part of the preparation includes the Environment Agency granting Anglian Water a drought permit to top up its reservoirs, with Severn Trent and South East Water likely to apply for drought permits as well.

Environment secretary Caroline Spelman said, “It may have surprised people that we’ve granted Anglian Water a drought permit in November, but it is a warning of the need to take action now after the country has seen the driest twelve months since records began.

“Everyone has worked hard to stave off any threat of hosepipe bans this year, and keep our rivers flowing.

“Unfortunately, if we have another dry winter, there is a high risk that parts of the country will almost certainly be in drought next summer – so it’s vital we plan ahead to meet this challenge.”

It is hoped that by taking early action it will minimise the impact on local rivers.

Trevor Bishop, head of water resources at the Environment Agency, speaking to the Today Programme, said he is “very pleased to see Anglian Water following its drought plan, putting in a permit to help refill its reservoirs at this time of year, rather than waiting later in the year, where the effects would be a lot more dramatic on the environment and put at risk the security of supply to people”.

Bishop said that by reacting quickly next year, “We hope not to be in trouble”. He also said problems were caused by “the large number of warmest years on record over the last decade“.

However, it was only this time last year that we saw significant amounts of snow which would melt into water. He explained that the snow does not change the weather patterns, “Snow looks incredibly dramatic but ten inches of snow very often equals one inch of water, or less than that”.

The Environment Agency has released a report detailing further recommendations to water companies and other water users to minimise the chance of long term droughts, including stepping up their leak detection.

So whilst we all need to do our own thing to make sure we are not wasting water, the companies themselves urgently need to take a look at their own actions as well.

If you want to look at better options for water companies then Wessex Water and water-only companies (Bristol, Cambridge, Dee Valley, Portsmouth, Sembcorp Bournemouth, South East and South Staffs) all get a clean bill of water health from Ofwat.