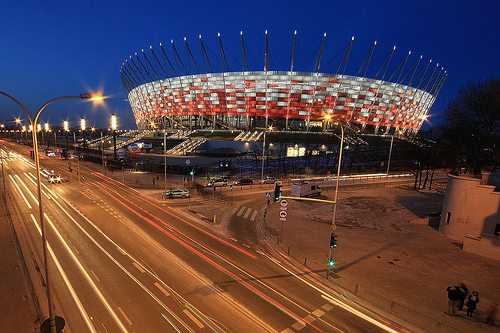 The international community gathers in Warsaw, Poland, to begin crucial UN climate talks on Monday. Environmentalists have heavily criticised the host nation for its support of the coal industry.

The 19th session of the Conference of the Parties (COP19) to the United Nations Framework Convention on Climate Change (UNFCCC) will run from November 11-22 in the Polish capital’s national stadium.

In 2011, UN members agreed to conclude a new deal by 2015 that would aim to limit global warming to 2C. Taking effect in 2020, the pact would commit all nations to targets for reducing greenhouse gas emissions.

However, many of the details and mechanisms of this strategy remain undecided, with only 50 days of negotiation left until the agreement must be signed in Paris.

Key issues, such as what legal form the agreement will take, how targets should be fairly shared between nations and how rich countries – which have contributed the most to climate change – will compensate poorer countries – which are set to suffer the most from its effects – must still be debated.

Campaigners are urging delegates to take the opportunity to make real progress in these talks. Friends of the Earth’s international climate campaigner Asad Rehman, who is at the summit, said that all that is lacking in the fight against climate change is “the political will”.

“With the world teetering on a climatic precipice, the international community must agree urgent action to end our reliance on dirty fossil fuels”, he added.

Another of the key subjects will be how governments can encourage the transition from fossil fuels to decarbonised economies. Samantha Smith, WWF leader of the global climate and energy initiative said, “We know that most of the pollution that causes climate change comes from burning fossil fuels. We must quit fossil fuels and have a just transition to clean renewable energy. It won’t happen fast enough without governments, who need to send clear policy signals to investors.”

Senior figures have called for the UK’s delegates to continue to show leadership, as disagreements within the coalition have caused concern over the government’s approach to climate change policy.

Connie Hedegaard, the EU commissioner for climate change, told the Guardian, “The countries that want to keep a certain level of ambition [on moving to a low-carbon economy] are very important – we need these countries to show through their concrete actions [that this is possible]. Europe is living proof that we can do this, and I hope the UK will be strong in that category.”

Poland has come in for particular condemnation, as the ministry of economy is also hosting the International Coal and Climate conference on November 18.

“Sadly, Poland has never been a champion of strong action on climate change, and the UN conference may have to make progress despite, rather than because of, their hosts”, said Richard Dixon, director at Friends of the Earth Scotland.

However, Marcin Korolec, Poland’s minister for the environment and the president of COP19, argued that his country is a worthy host, and said it will ensure “democratic and transparent” negotiations.

“The statement that the fate of our planet lies in our hands, in relation to the negotiations of a climate agreement, certainly is not an empty truism”, he added.