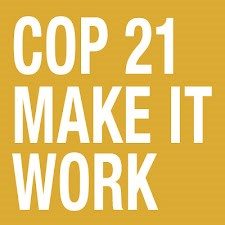 #COP21: Climate Analytics, Staying Below 1.5°C Voices In The Media

Scientists at Climate Analytics have published a body of work on the feasibility of 1.5 degrees. In this section they gather voices in the media about limiting warming to below 1.5°C? Republished with their kind permission. Read the whole body of work here.

Richard Branson and a group of high-profile business leaders back limiting warming to below 1.5°C: “We believe that net zero by 2050 would at least get us to 2 degrees, leaving the door open for further reduction to 1.5, which should be something we should be looking at in the future. We believe the business case for net zero in 2050 is irrefutable.” Jochen Zeitz, the former chief executive of Puma.

James Fletcher, St. Lucia’s Minister for Sustainable Development, Energy, Science, and Technology: “It’s a fight that really should not be focused on numbers, 1.5, 2, 2.5. It should be focused on lives. We’re not fighting for numbers, we’re fighting for lives.”

Thoriq Ibrahim, Environment and Energy Minister of the Maldives and chairman of the Alliance of Small Island States (AOSIS): “A long-term temperature goal of well below 1.5 degrees must be reflected in the Paris agreement, along with an indicative pathway for achieving it, including urgent peaking and deep mid-century emissions reductions.”

Open Letter from Academics to World Leaders ahead of the Paris Climate Conference 2015: “…more extinctions of species and loss of ecosystems; increasing vulnerability to storm surges; more heatwaves; more intense precipitation; more climate related deaths and disease; more climate refugees; slower poverty reduction; less food security; and more conflicts worsened by these factors. Given such high stakes, our leaders ought to be mustering planet-wide mobilization, at all societal levels, to limit global warming to no more than 1.5 degrees Celsius.”

More than 2,000 academics call on world heads to do more to limit global warming, The Guardian, 23 November 2015

Tony de Brum, Marshall Islands Foreign Minister: “The Paris Agreement must explain to the world what a below 1.5 or 2 degree economic transformation looks like in practical terms. In our view, the agreement should say that we’re aiming to fully de-carbonize, or achieve net zero emissions, by mid-century.”

I’m fighting for the survival of my country in the battle against climate change, PRI, 30 October 2015