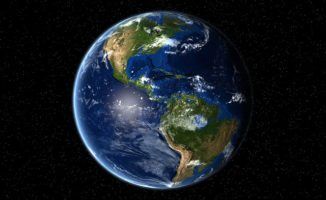 Friends of the Earth have urged the EU not to pat itself on the back just yet as they are set to ratify the Paris Climate Agreement, as research reveals that temperatures are the hottest they have been for 115,000 years.

Today the EU parliament has ratified the Paris climate change agreement and on Friday (7 October) the EU should formally deposit its instruments of ratification – crossing the 55% threshold to make the accord legally binding.
The agreement, known as the Paris accord, contains a requirement that countries must aim to keep the rise in temperatures below the critical 1.5 degrees Celsius above pre-industrial levels and not prevent a breach of the more dangerous 2°C guardrail.

A legally binding international climate deal is a vital step, but this is no time to stop and pat ourselves on the back.

“A legally binding international climate deal is a vital step, but this is no time to stop and pat ourselves on the back. Scientists have warned that we have already passed a key threshold, and people across the globe are facing killer floods and droughts. What matters most is action now, rather than later.

“The international aspiration to prevent global warming rising above 1.5°C requires urgent action, and there is no time to lose, current targets could actually lead to climate busting 3.4°C rise with devastating consequences for millions of people.

“After the Brexit vote, the UK should now show its commitment to leading on international issues like climate change. Theresa May must ratify Paris and move away from her pursuit of fracking; instead investing in renewable energy and new jobs in a green economy. Pursuing dirty fossil fuels will make it impossible to meet our climate commitments.”