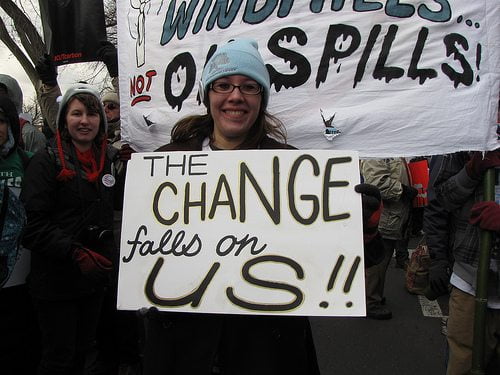 Americans are more likely to engage with and support action to stop ‘global warming’, rather than ‘climate change’, according to new research that found people react very differently to the two terms.

Although they are often used synonymously, global warming – the increase of the world’s temperatures caused by human activities – is only one of the many consequences of climate change. Climate change is a broader phenomenon, which includes sea level rise, extreme weather and other trends that can occur naturally but are exacerbated by humans.

When ‘global warming’ is used instead of ‘climate change’, people are more likely to grasp the issue, accept the reality of the phenomenon, engage emotionally and support national action.

This is because it is associated with catastrophic events and evokes more of a sense of personal threat than ‘climate change’, which is usually associated with the weather, despite being much more complex.

The study found that by using ‘global warming’, people were 13% more likely to accept it as a bad thing, especially among Latinos, African-Americans, women and young people.

The research observed, “Scientists often prefer the term climate change for technical reasons, but should be aware that the two terms generate different interpretations among the general public and specific subgroups.

“The use of the term climate change appears to actually reduce issue engagement by Democrats, Independents, liberals, and moderates, as well as a variety of subgroups within American society, including men, women, minorities, different generations, and across political and partisan lines.

“While global warming has catastrophic connotations attached to it, climate change suggests a more controllable and less emotional challenge”.