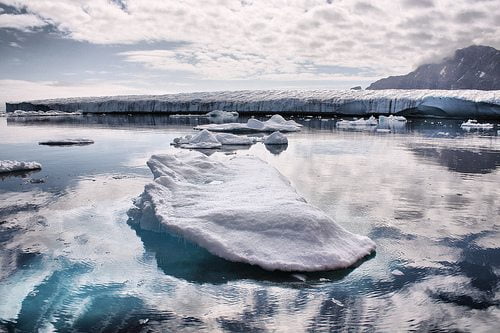 Greenland – 80% of which is ice – experienced its highest temperature since records began on Wednesday.

Over three-quarters of the country is covered by the only ice sheet that exists outside of Antarctica. If this were to melt completely, the world’s sea level would rise by more than 7 metres. Even a partial melting could have disastrous consequences for low-lying countries like Bangladesh and the Maldives.

Every year, some surface melting of the Greenland ice sheet is expected in the warmer months. However, 2012 saw an unprecedented melt season. For a few days, 97% of the entire ice sheet showed signs of melting. An iceberg 100 square miles in size – twice the size of Manhattan – broke away from the Petermann glacier in northern Greenland earlier this month.

In 2013 so far, the melt has not made such an intense start, although it was still faster than the recorded average. There has been debate over the cause of the dramatic 2012 melt, with some scientists suggesting it was a freak one-off, rather than a symptom of global warming.

However, recent studies have claimed that Greenland may be near a ‘tipping point,’ meaning higher temperatures could push it into a much more damaging melting cycle.

Last year, statistics emerged describing the extent to which the Arctic, north of Greenland, was melting. Research by the National Snow and Ice Data Centre (NSIDC) in the US suggested that Arctic sea ice cover was at its lowest level since satellite observation began in 1979.

It showed that Arctic ice cover had reduced by 27,000 square miles from the previous record.

NSIDC scientist Walt Meier said, “By itself it’s just a number, and occasionally records are going to get set.

“But in the context of what’s happened in the last several years and throughout the satellite record, it’s an indication that the Arctic sea ice cover is fundamentally changing.”