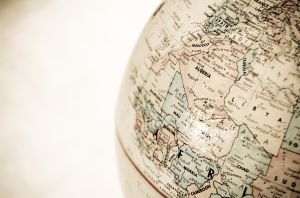 Interactive map demonstrates who is responsible for climate change

A new interactive map highlights how the countries that are set to suffer the most as a result of climate change have contributed the least to carbon emissions. It also demonstrates how growing populations could have a big impact.

The map, published by the Guardian, changes the size of each county depending on the category a user select. Through selecting different parameters, the map shows which regions have the biggest responsibility for climate change by showing their involvement in extraction, emissions, consumption, historical emissions and reserves of fossil fuels.

Additionally, it shows vulnerabilities, such as people at risk, sea level rise and poverty. Users can also change the map to show emission changes, CO2 per person, GDP per person and population growth to add extra information.

The map has been released as world leaders, businesses and civil organisations meet in New York to discuss new ways of dealing with rising emission and climate adaption at a UN summit.

Using the map highlights how historically western nations, such as the US and much of Europe, have contributed the most to climate change, releasing a large portion of the carbon emissions that remain in the atmosphere. However, the people most at risk from the impacts of climate change prominently live in Asia.

Many of the regions that have the fastest growing populations currently emit relatively little CO2 and have a low per person GDP, suggesting that these areas become more populated and work towards reducing poverty emissions could rise, threatening efforts to halt climate change.