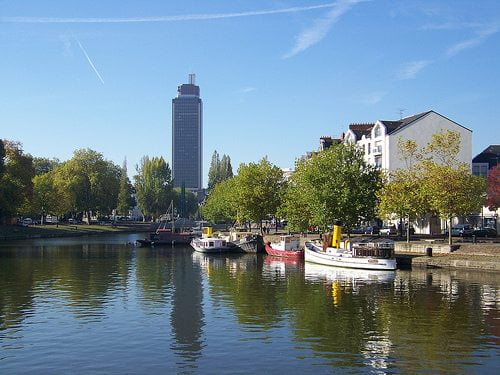 Over 50 mayors from 30 countries have pledged to scale up their efforts to tackle climate change.

In the wake of the Intergovernmental Panel on Climate Change’s (IPCC) AR5 report, which concluded that climate change is “unequivocal”, with scientists 95% certain that human activities are responsible, delegates from around the world met in Nantes, France, for the World Mayors Summit on Climate Change.

The Nantes Declaration of Mayors and Subnational Leaders on Climate Change was adopted on Saturday, marking the a new phase of the Local Government Climate Roadmap, an advocacy process tasked with encouraging and empowering local governments to tackle climate change.

Under the many terms of the Nantes Declaration, the signatories also commit to mobilising the necessary funding to implement local low-carbon actions and adaptation measures and to urge governments, institutions and funds to support climate action.

In Nantes, Mathew Appelbaum, mayor of Boulder, Colorado, told of the devastation of his city caused by extreme weather, and of the need to turn words into action: “We recently experienced an incredible flood, in which a year’s worth of rain fell in four days. Events like the one that struck Boulder are becoming more common all around the globe.

“It’s clear cities are on the frontlines – we are suffering the impacts of climate change. Because of that we have to be leaders and mitigate and adapt in the face of climate change. I am delighted and proud to support the Nantes Declaration.”

Farhad Suri, mayor of South Delhi, India, recalled the words of Gandhi, saying, “Our future is shaped by what we do today.”

During a keynote speech at a recent UK Sustainable Investment and Finance Association’s (UKSIF) lecture, Woolf said the City’s challenge is to find new areas of long-term finance. She pointed to the work of Tomorrow’s Company, a London-based thinktank that aims to change the behaviour of the business world, and described short-termism as an “elephant in the room” for the City.

She added, “The City’s cluster of businesses, institutions and talent can contribute to long-term value creation and sustainable development – that’s jobs – and the planet – which is of course not just protection of the environment or natural resources, but also a resilience – and also help the wider society develop solutions to the challenges of the 21st century.”