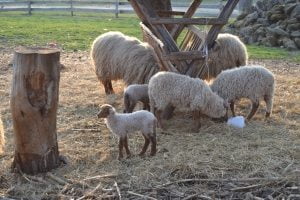 Food retailers Marks & Spencer and Waitrose have both scored top marks in a global annual farm animal welfare benchmark. The benchmark can be used as a tool for investors to manage risk and return within the food sector.

The Business Benchmark on Farm Animal Welfare (BBFAW) is now in its third year and provides an annual review of how 80 leading food companies are managing and reporting their farm animal welfare practices. Firms are ranked from tier one, indicating companies are taking a leadership position, to tier six, where animal welfare does not appear on the business agenda.

The 18 UK companies assessed are described as performing “relatively well”, representing 9 of the 24 companies in the top 3 tiers.

As well as M&S and Waitrose, J Sainsbury, The Co-operative Food, McDonalds, Unilever, Morrison, Subway and Tesco feature in the top half of the tiers.

The report reveals an encouraging trend, with 45% of the 65 companies assessed since the report in 2012 having moved up at least one tier. However, despite the progress made, over half of the businesses remain in the bottom two ties and some of the world’s major companies are described as showing “little sign of progress”.

Mike Baker, chief executive at World Animal Protection, commented, “Consumers increasingly care about where their food comes from and are demanding a better life for farm animals.

“While it is encouraging to see a growing number of companies in this year’s benchmark with stated commitments to animal welfare, there is clearly still much room for improvement. Companies have the power in their hands to transform the lives of billions of farm animals around the world.”

Jeremy Coller, who founded Coller Capital, explains that farm animals investment risk and returns must be managed if we want healthy food and healthy returns. Recent food scares, scandals and tightening regulation have underlined the need to understand which food companies are taking farm animal welfare seriously, he added.

Abigail Herron, head of responsible investment engagement at Aviva Investors, said, “BBFAW allows is to directly compare companies with their sector peers and across multiple years which informs our engagement activities. Its prominence and effectiveness has seen year-on-year increases and it has become a shining example of the power of benchmarking at its best.”