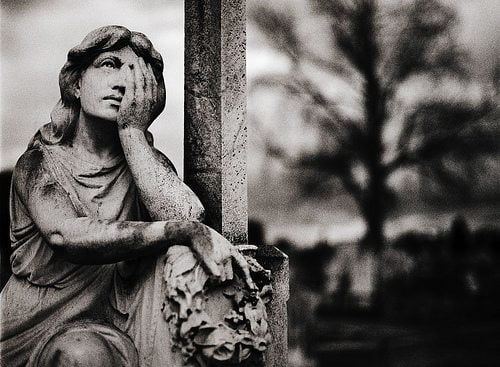 A sneering phrase has entered into the lexicon of National Ethical Investment Week (NEIW). First coined by the Investors Chronicle in 2012, it was this weekend spread by the Daily Telegraph. The phrase in question is “arbitrary promotional event”.

Dismiss an awareness-raising event as trivial and random (arbitrary), then chuck it into the bin labelled ‘promotional’, which is akin to the dark arts of advertising, marketing and public relations in the eyes of most journalists (even though those dark arts effectively pay their salaries). Move along reader, nothing to see here but trivial marketing.

One can assume, given the slur, that both titles – the Investors Chronicle and the Telegraph – would be equally dismissive of the countless ‘promotional’ days, weeks, fortnights and months designed to simply raise awareness about everything from animal protection, asthma, cancer, dementia, fashion, fish and chips, humanitarian issues or some zoological crisis – often held under the auspices of a charity, industry body or the UN, and celebrated locally or internationally.

The IC runs a number of events itself throughout the year – many held on an annual basis. Meanwhile the Telegraph has in the past covered such events as Walk to School Month, Wool Week and Movember. Are they all arbitrary promotional events, as well?

The Telegraph journalists are seemingly upset that they were “sent reams of promotional materials by public relations officers” during NEIW. Perhaps they would prefer it if it was cash paid to the advertising department, as all upright conventional funds do.

One of the charges levelled at the ethical investment industry is that it is a mixed bag of providers and funds. It’s worth pointing out that there is no universal philosophical, moral, economic, social or environmental agreement on what defines sustainable, responsible or ethical, so how could there be a ‘one size fits all’ ethical investment? It needs a mixed bag to cater for the mixed bag of investors.

Both the IC and Telegraph try to sugarcoat their attacks with lofty assertions of “their own research”, which is often wrong or misleading, reveals nothing new or hints at a great swindle being foisted on their readers.

It takes about three minutes to read something on this amazing technology called ‘the internet’ to find most of the issues raised about ethical investment are openly discussed and then promptly punctured online.

Many newspapers and journalists still hanker after the days when they were the sole curators and disseminators of truth, as they saw it. After all, if all those blogs and start-up media companies were ‘proper magazines’, we’d clearly accept the consensus view of investment and the media it feeds. Profit is the whole point; planet and people can go hang.

The Telegraph article points out that only £8.6 billion of the £716 billion invested in funds in the UK is invested ‘ethically’, or in funds that are promoted as such.

Data from responsible investment research firm EIRIS suggests the actual figure is £12.2 billion, while the 134 funds in Blue & Green Investor’s library have around £22 billion invested in them.

It comes down to definitions. What one person feels is moral, another may feel is immoral and ‘vice’ versa. Being able to make informed choices about all funds available would make sense. Far from keeping fund holdings ‘secret’, most players are conforming to wider industry norms and regulation.

Every fund, ethical and conventional, should publish their entire holdings online and frequently (we would say in realtime). This is how markets function, with the buyer having access to accurate, up-to-date information, rather than the seller having all the cards.

Let’s put the arbitrary promotional week into context. The UK financial services industry spends £1.6 billion on advertising, spread over the course of a whole year. That doesn’t include the millions spent paying and giving bonuses to sales people who mis-sold payment protection to consumers and default swaps to businesses.

Add this figure to this the other billions (probably trillions) spent avoiding the inland revenue, the siphoning of profits in opaque fee structures, fixing Libor rates, money laundering for drug barons, sanction breaking with our enemies and feeding speculative bubbles, while demanding public bailouts when private failure occurs.

National Ethical Investment Week spends an infinitesimal fraction of this for one week, and does a lot less damage.

So in a small attempt to ensure National Unethical Investment Year-after-Year-after-Year doesn’t dominate all 52 weeks, the industry created a dedicated week to focus what little resources it has on raising public awareness on investment and finance whose prime focus isn’t to screw people and planet for a small percentage gain in profit. Cue opprobrium and sneering from certain sectors of the media.

That the Telegraph and IC get a significant portion of their revenue from the mainstream (or unsustainable, irresponsible and unethical) financial sector and other harmful industries clearly has absolutely nothing at all to do whatsoever with their other blemish-free editorial impartiality.

The Telegraph was founded in 1855 by Colonel Arthur B Sleigh to air a personal grievance against the Duke of Cambridge. Sleigh, an interesting character by any standard, was unable to pay his print bill so the paper was sold to another publisher, Joseph Levy.

It seems the Telegraph only exists today to the air grievances of an outraged minority, with outdated ideas, about anything which could be called progress. At least it’s in keeping with the newspaper’s tradition.