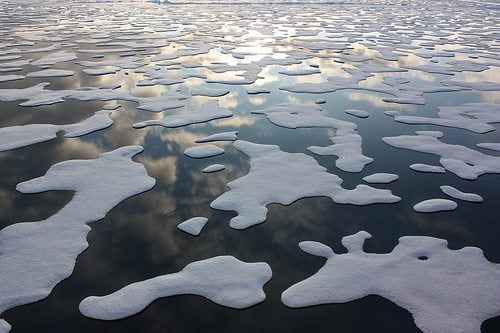 A pioneering project that will attempt to improve understanding of current and future changes in the Arctic environment has been launched after an inaugural meeting in Brussels.

The four-year Ice, Climate, Economics – Arctic Research on Change (ICE-ARC) initiative will bring together scientists from 11 European countries and a range of disciplines to develop “a holistic view” of the Arctic.

Of particular interest are the possible impacts of the rapid retreat of Arctic sea-ice cover.

However, the EU-funded project will also investigate the impacts of Arctic change on marine ecosystems and indigenous communities. It will evaluate how EU and international marine policy can be improved to adjust to a more open Arctic region.

The British Antarctic Survey will co-ordinate ICE-ARC, while also playing a pivotal role in research – including work on models that will attempt to put an economic value on the warming Arctic.

Arctic sea ice is used as a sensitive climate indicator. The region’s sea ice extent – defined by the US National Snow and Ice Data Centre in the US as the total area covered by at least 15% ice – has shown a dramatic overall decline over the past thirty years.

Though ice coverage in the Arctic last year recovered slightly from a record low in 2012, some scientists warn that Arctic summers could be ice-free in just a “few decades”.