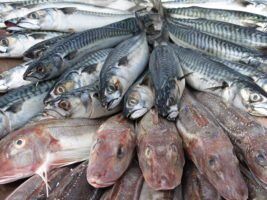 Four new studies report that climate change is affecting inland fish – including some species which are popular with anglers – across North America. The studies show an impact on reproduction, growth and habitat.

“Thanks to this synthesis, we can see the effects of climate change on inland fish are no longer just future speculation, but today’s facts, with real economic, social, and ecological impacts,” said Doug Austen, Executive Director of the American Fisheries Society and Publisher of Fisheries magazine. “Now that trends are being revealed, we can start to tease apart the various stressors on inland fish and invest in conservation and research where these programs will really make a difference in both the short and long term.”

The authors reviewed 31 studies across North America and Canada that document fish responses to climate change. The manuscripts describe the impacts of climate change to individual fish, populations, recreational fishers, and fisheries managers. One of the takeaway messages is that climate change effects on fish are rarely straightforward, and they affect warm water and cold water fish differently.

The authors emphasise that resource managers can take many actions to help sustain resilient fish communities and fisheries. “Even though climate change can seem overwhelming, fisheries managers have the tools to develop adaptation strategies to conserve and maintain fish populations,” said Craig Paukert, a lead author and fisheries scientist at the USGS Missouri Cooperative Fish and Wildlife Research Unit at the University of Missouri.

“The current state of the science shows that climate change is impacting fish in lakes, rivers, and streams, but knowing that is just the first step in effectively addressing the changes to these important natural resources and the communities which depend upon them,” said Abigail Lynch, a lead author with the USGS National Climate Change and Wildlife Science Center.

The following papers are available in Fisheries magazine, published by the American Fisheries Society:

This research was supported by the USGS NCCWSC, which collaborates with universities, resource management organisations, tribes, and other partners to provide unbiased scientific data and tools that contribute to an understanding of the widespread impacts of climate change on fish, wildlife, ecosystems, and people. The eight Climate Science Centres, managed by NCCWSC, cover a wide array of research on climate change-related impacts, including sea-level rise, extreme storms, increased wildfire patterns, invasive species, glacier loss, and drought.