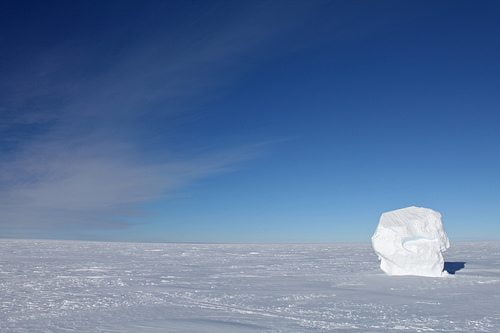 A new study that examined the public understanding of climate change found that 40 percent of the global adult population were completely unaware of the crisis – a figure that rose to nearly two-thirds of grown-ups in developing countries.

Co-author Anthony Leiserowitz, director of the Yale Project on Climate Change Communication (YPCCC), says, “Overall, we find that about 40 percent of adults worldwide have never heard of climate change. This rises to more than 65 percent in some developing countries, like Egypt, Bangladesh and India. There is still a critical need for basic climate literacy in many countries.”

The researchers analyzed data from nationally representative samples of 119 countries collected for the Gallup World Poll conducted in 2007 and 2008.

Markowitz, an assistant professor in the environmental conservation department at UMass Amherst, says, “It was interesting to uncover these differences across countries, but in some ways one of the most insightful outcomes is the reminder that what motivates one person to engage with this issue is not necessarily the same as what motivates the next person.”

He adds, “Although this is not a revolutionary insight, it is important for communicators and others to keep in mind. Advocates would love a one-size-fits-all approach to climate communication because it would be easier and cheaper, but it is not the most effective strategy; people are too diverse in what connects them to this issue. For communicators this is an important message.”

The huge data set included several questions about awareness of climate change and perceptions of how serious a threat it is to respondents and their families. The researchers analyzed responses in relation to such variables as gender, age, religion, education, geographical location, finances, well-being, beliefs about climate change, civic engagement, media habits and satisfaction with local air and water quality.

They divided respondents into those “aware” or “unaware” of climate change and call the contrast between developed and developing countries “striking.” In North America, Europe and Japan, more than 90 percent of the public is aware of climate change, but in many developing countries relatively few are aware of the issue, though many do report having observed changes in local weather patterns.

Markowitz points out that the team used statistical techniques not usually applied to social science research to allow them to conduct a powerful two-level analysis that yielded the most predictive variables by country. Using non-metric multidimensional scaling plus a conditional inference classification tree model allowed them to see the diversity of predictors by country, he adds, and “missing data is less of a problem using this approach. You get to keep more variables for more countries in the analysis, providing a more complete picture of what’s going on.”

“This allowed us to see, for example, that the most important predictors in China are not the same as in the United States,” Markowitz says. Among the factors most important for predicting Americans’ awareness of climate change was civic engagement, more access to media and higher education, while in China the strongest predictors were education, urban rather than rural residence and household income, the team reports.