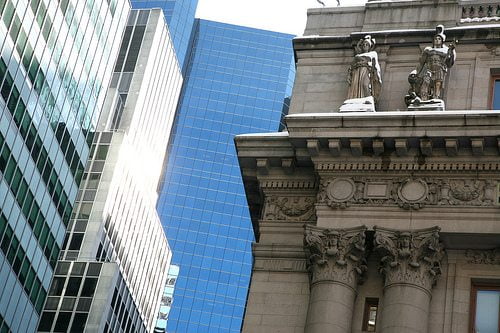 National leaders can learn from collaborative governance for sustainability at a regional level, and should encourage it, says Duncan Jefferies.

When announcing his plan to kickstart the US economy in the midst of the Great Depression, Franklin D Roosevelt famously declared that the country had “nothing to fear but fear itself”. In just 100 days, through a flurry of legislation and investment, his government dragged the country up off its knees – a towering political achievement.

Today, this kind of bold political leadership seems in short supply, particularly when it comes to dealing with environmental challenges. Many politicians seem unable or unwilling to look beyond short-term electoral concerns to the long-term wellbeing of the planet – something that becomes acutely clear whenever world leaders gather at climate change summits. Even the immediate impacts of a warming climate on food and water security are treated as isolated crises, rather than prompting action to tackle the root causes.

By contrast, it’s not hard to find examples of ambitious local leadership on climate change. In the US, for instance, state government has been “much more proactive in taking action on climate change than the federal government”, observes Dr Hu Tao, senior associate at the World Resources Institute. He points to the Regional Greenhouse Gas Initiative – a co-operative effort by several north-east and mid-Atlantic US states to cap carbon dioxide emissions from the energy sector – as well Michael Bloomberg’s efforts to improve New York City’s environmental sustainability by 2030.

Many other cities, states and counties across the world are also pressing ahead with innovative solutions to sustainability challenges. For example, Ontario, Canada’s largest province, has installed 4.7m smart meters and its Smart Grid Fund provides financial support for innovative smart grid technologies. While in south-east Queensland, local government and utilities worked together to reduce water use among 80,000 ‘high volume’ households, implementing solutions such as rain capture bins and low-irrigation lawn covers.

So what role can national leaders best play today, given a very different political, social and economic landscape to the one Roosevelt faced? Decentralisation, grassroots initiatives and the internet have radically altered power structures, creating more space for bottom-up leadership. An approach to tackling sustainability challenges that combines a clear mission from the top with devolved power to implement it therefore seems like the way forward.

Such an approach has arguably been key to Angela Merkel’s success. Germany’s regional communities are at the heart of the Energiewende (‘Energy Shift’), which Merkel helped to kickstart when she decided to abandon nuclear power completely in the wake of the 2011 Fukushima disaster. She has continued to support this transformation, which aims to have the country producing 80% of its power from renewables by 2050, despite its spiraling costs.

More than half of Germany’s renewable energy capacity is now provided by individuals, co-operatives and farmers. This rapid growth in small-scale renewable energy production is largely due to a generous feed-in tariff that guarantees a fixed price for surplus energy for 20 years, and priority access to the grid – a great example of top-down governance prompting local action.

National governments must provide the framework to allow such changes to happen. According to the Organisation of Economic Co-operation and Development (OECD) paper Cities, Climate Change and Multilevel Governance, the potential of local bodies to act on climate change is “nested” in legal and institutional frameworks at higher scales. At the same time, devolution of power from national to local government can drive action on climate change, allowing cities and regions to shape policies on energy, land use, transport and waste to suit local contexts.

In a recent #SustLiving Twitter chat, Unilever’s chief sustainability officer Gail Klintworth even said, “We believe that Unilever should play an active role in shaping legislation and regulations that enhance positive social and environmental outcomes.” The company is also encouraging its brands to engage with local governments and other organisations to help inform public policy.

National governments can also view local initiatives as test-beds for national policy, sounding out business and public support for new regulations or solutions. The data generated and lessons learned can provide useful models for wide-scale change programmes: California’s vehicle emissions standards, for example, have now been adopted nationwide in the US.

In China, growing anger at the health problems caused by the choking smog that blankets cities has also spurred the government to introduce a carbon-trading scheme, starting in Shenzhen, which will be rolled out in six other municipalities before 2014. If successful, it could provide the basis for a national system.

By contrast, the Transition Towns movement, which began in the UK and has since spread to more than 40 countries around the world, is a real grassroots initiative. It shows what local communities can achieve through community energy initiatives, food hubs and local currencies – small steps that could add up to wide-scale action on sustainability issues. The Community Energy Coalition, a group of organisations with over 12 million members convened by Forum for the Future, is also aiming to increase UK community energy projects by 2020.

National governance can still have a big influence on the success of grassroots energy projects. For example, local residents of Lewes, another UK Transition Town, helped to raise more than £350,000 for a community-owned solar-power station in 2011. The initiative was a response to feed-in tariffs for solar projects generating more than 50 kilowatts (kW) – but such a project wouldn’t be economically viable today, as the tariffs were subsequently cut.

As the Transition movement shows, there is potential to deepen public engagement in securing the resources on which they depend. Governance has a role here: an engaging communications campaign on the benefits of home energy saving measures could ramp up the impact of the UK’s green deal initiative, for example.

Traditional forms of communication can also be supplemented by gamification techniques, which tap into people’s desire for play and reward. One successful scheme, Recyclebank, tracks how much recycling households are doing, and offers vouchers for reaching targets. Three hundred cities in the US and UK have now adopted it. Windsor and Maidenhead council says it has increased recycling rates to 50%.

As Recyclebank, the Energiewende, and the Regional Greenhouse Gas Initiative demonstrate, social and environmental challenges are best tackled collectively, through multilevel governance. “Understand this is not just a job for politicians”, said Barack Obama in his long-awaited speech on climate change, which was praised by many environmental groups. “What we need in this fight are citizens who will stand up, and speak up, and compel us to do what this moment demands.”

The true test of his leadership, and that of other global leaders, will be whether they can empower more individuals, communities and organisations to find solutions and act on them. After all, actions speak louder than words.

Duncan Jefferies is a freelance journalist and assistant editor of Green Futures. This article originally appeared in Green Futures, the leading magazine on environmental solutions and sustainable futures published by Forum for the Future.