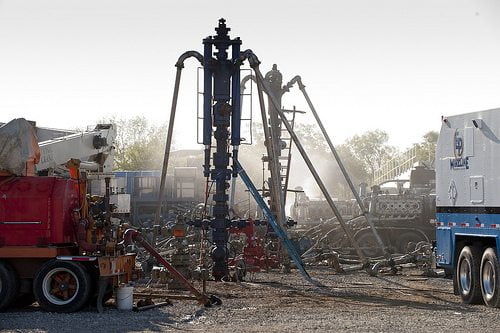 Two separate studies have found that the controversial process of fracking may cause less direct environmental damage than its critics have suggested, but might not have the long-term climate benefits that its supporters expect.

A study by the University of Texas, sponsored by the Environmental Defence Fund (EDF) and leading energy companies, claims that methane emissions from fracking wells are lower than the Environmental Protection Agency (EPA) estimated in 2011.

In particular, the research found that 99% of methane that escaped from new wells being prepared for production – in a process known as ‘completion’ – was captured by containment measures.

“This study tackles one of the most hotly debated issues in environmental science and policy today”, said Mark Brownstein, associate vice-president and chief counsel of the US Climate and Energy Programme at the EDF.

“It shows that when producers use practices to capture or control emissions, such as green completions, methane can be dramatically reduced.”

When released into the atmosphere, methane is a greenhouse gas, trapping heat at a higher rate than carbon dioxide.

The study was the first to be made using on-site measurements, with researchers studying around 500 shale gas wells across the US.

The second study, by the Stanford University Energy Modelling Forum (EMF), attempts to analyse the impact of the US shale gas revolution on the future of carbon emissions.

Researchers used numerous models to predict that the abundant natural gas obtained by future fracking made little difference to long-term US emission trends, with carbon emissions expected to rise regardless.

The EMF study does not consider the possible methane leakage caused by fracking, but predicts that cheap natural gas will displace lower carbon nuclear and renewable energy that would have been used otherwise.

Furthermore, the models project that the lower gas and electricity prices brought by fracking will inspire economic growth, which will in turn result in more carbon emissions.

In September, the leading economist and climate change expert Lord Stern described claims that fracking would lower UK energy bills, as it has done in the US, as “baseless economics”.

Campaigners have raised many concerns over the possible consequences of fracking. As well as potential methane leakage, the process has been linked to groundwater pollution  and increased risk of earthquakes.