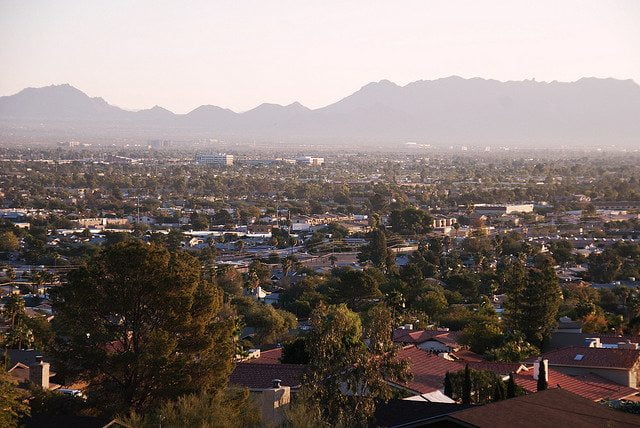 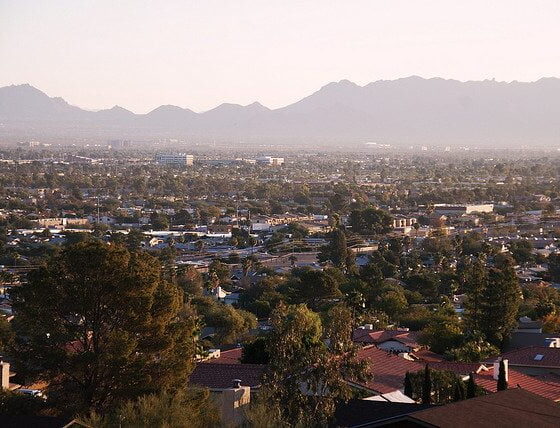 A combination of the spread of urbanisation and rising global temperatures caused by climate change could have deadly results, according to a new study investigating heat-related mortalities in Phoenix, Arizona.

The state capital is one of the hottest cities in the US, with summer temperatures sometimes topping around 110F (43C). This brings with it significant risks, including the danger of heat exhaustion or heatstroke.

Phoenix is only forecast to get hotter, thanks partly to global climate change but also to its status as one of the fastest growing cities in the US.

Urbanisation exacerbates local temperatures in a number of ways. Concrete, asphalt and buildings absorb heat, while a lack of vegetation reduces shade and cuts the effects of evapotranspiration.

In a new study, researchers from Arizona State University attempted to model the likely impacts of urban expansion on heat-related deaths in Maricopa County – where Phoenix is the largest city.

They hoped to uncover how the inevitable growth of the city could be made more sustainable. As David Hondula, the lead author of the study, explained, the stakes are high.

“Extreme heat is the leading weather-related killer in the United States,” he said.

“In Maricopa County, we see more than 100 premature deaths and hundreds of excess emergency department visits as a result of high temperatures each summer.”

The study considered three possible scenarios – one high growth, one low growth, and one in which growth is mitigated with an adaptation strategy using sunlight-deflecting roofs.

It found that in the high growth scenario, daytime temperatures would slightly decrease because the developed environment retains more heat. However, as the heat is dispersed later, night time temperatures increased significantly, causing more deaths.

“The greatest health concern comes from large expected increases in nighttime temperatures which could be mitigated by lower-growth scenarios,” Hondula added.

“The next step is to look more closely at the conditions people experience on hot days, to ultimately determine if high maximum temperatures, minimum temperatures, or some combination of the two is the real culprit leading to adverse health events.”

While the study focused only on one sun-baked US state, in a warming and increasingly populated world its findings could have implications for city planners around the world.

In the UK, researchers recently warned that residents in London and the south-east of England will be more likely to suffer the deadly effects of warmer summers than people from the rest of the country.