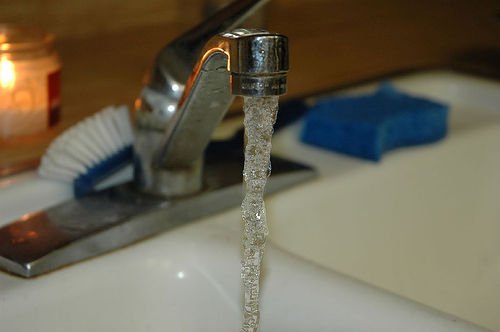 Water regulator Ofwat says the increase follows the rate of inflation, which was 3% when the rise was calculated in November last year. However, latest figures reveal it to be at 2.7%.

South East and Wessex customers will see their water bills grow by £23 and £22 respectively – the biggest increases in the UK – while customers of Severn Trent and Welsh Water will experience just a £7 hike.

“These rises will help pay for investment of around £1,000 for every household in England and Wales”, said Regina Finn, CEO of Ofwat.

“This will deliver real benefits – from continuing to improve the reliability of supplies to dealing with the misery of sewer flooding for thousands of customers.

“We will make sure customers get value for money, and if companies fall short in delivering their investment promises, we will take action.”

Water utilities were privatised in the UK in 1989, and prices initially rocketed. According to a 2001 report by the Public Services International Research Unit, bills increased by an average of 46% in the first nine years of private ownership.

However, research by the World Bank in 1997 concluded that the reforms had brought about “an impressive volume of new investment, full compliance with the world’s most stringent drinking water standards, a higher quality of river water, and a more transparent water pricing system.”

The £25 billion investment programme that the increased bills will help fund began in 2010 and runs until 2015. Ofwat claims the scheme will “allow companies to ensure customers continue to see improvements” in the water network.