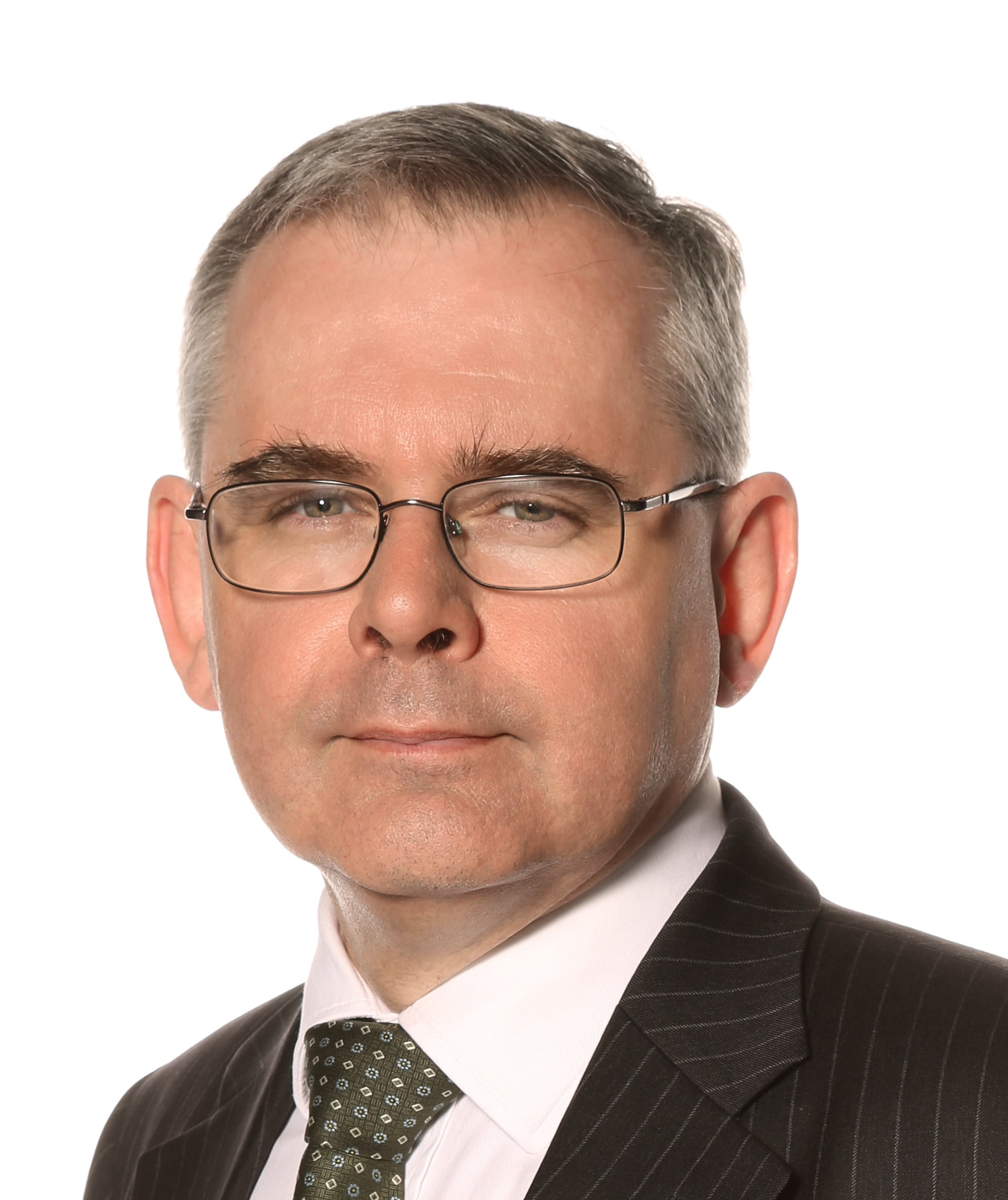 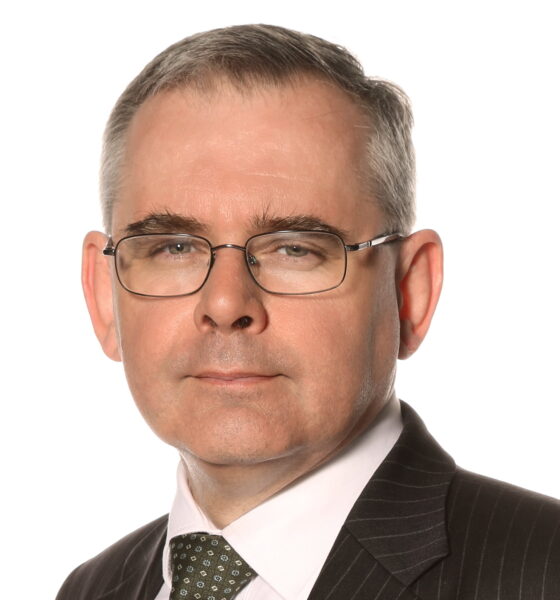 The UK’s sustainable investment industry has a new face among its leaders. Alex Blackburne spoke with Simon Howard, who on Tuesday began work as chief executive of the UK Sustainable Investment and Finance Association (UKSIF).

Around 24 hours ago, the sports world was rocked when Sir Alex Ferguson revealed his intention to step down as Manchester United manager at the end of the current season, ending his 26-year stint at the club.

Sir Alex’s successor, fellow Glaswegian David Moyes, has huge shoes to fill, and it remains to be seen if he will slip into them comfortably.

Rewinding 24 hours before Ferguson’s decision, though, the sustainable investment industry was embarking on a new era of its own – albeit one that is unlikely to generate as much interest as the goings-on at Old Trafford. However, its ramifications could well be far more significant.

The change in question is Simon Howard’s appointment as chief executive of UKSIF – the sector’s trade body. Howard – like Manchester United’s new boss – has similarly spacious footwear to fill.

He is replacing Penny Shepherd, who had led UKSIF since 2005. Under her management, the organisation, and sustainable investment more generally, made leaps forward, to the point where green and ethical retail investment now accounts for £11 billion in the UK, compared to just over £6 billion when she took over.

Shepherd was awarded an MBE in 2000 for “services to sustainable economic development and socially responsible investment”. She will remain at UKSIF in an advisory capacity until June.

We will achieve significant change more rapidly working with the system, working in the system, than perhaps protesting

But Howard, who has held senior roles at Liverpool Victoria, Friends Provident and 3i Asset Management, has experience in the sustainable finance sector through his role as head of sustainable financial markets at Forum for the Future. Having moved to replace Shepherd, he is well-equipped to continue her sterling work, but is, by his own admission, still relatively new to sustainability.

“I was a conventional, mainstream investor and I became more and more aware of sustainability issues”, he says at the Hoxton Hotel in Shoreditch, just a few minutes’ walk from UKSIF – his new home.

“I hope I’ve always been an investor rather than a speculator with a focus on the long-term. I was an equity man, and when I was buying shares, there was a reason for doing so – namely that you could see value being created in the long run.

“The longer you push out your analysis looking for value, the more sustainability issues come to light.

“At a personal level, I was a kind of unwilling convert to climate change because it clearly was ‘an inconvenient truth’ given what I was doing, but it’s undoubtedly happening, and that’s got to be factored in to how you view the world and what you do in it.

“I’d done investment for 20 or so years and was ready for a change, so all of those things came together over the past few years to make me think that I wanted to do something in sustainability.”

He admits that sustainability crept up on him, rather than there being a road to Damascus moment. Shrinking ice cover in the Arctic; warmer and warmer summers; droughts in places that didn’t normally have droughts: just three of the signs that alerted him to climate change. This was a very real threat that needed to be tackled pragmatically but quickly.

Howard worked in mainstream investment for two decades. As is so often the case with people in the sustainability space, their experience with conventional finance and the slow pace of change is ultimately what encouraged him to take the leap.

But instead of sticking a sustainable carrot out to entice these people over to a different, more long-term way of thinking working in the sustainability sector, Howard explains that change needs to happen from within. Not so much making sustainable investment mainstream as making mainstream investment sustainable.

“What we don’t necessarily want is loads of grey-haired men like me leaving the finance system to work with NGOs. What we want to do is to help the grey-haired men in influential positions in financial institutions stay there and make the increasingly commercially attractive move to enhanced sustainability, and I hope to do that”, he says.

“We do need significant change, and the more rapidly it happens, the better. My view is that we will achieve that more rapidly working with the system, working in the system, than perhaps protesting.

“So I’m very happy to be leading a trade body working with respected names throughout the whole gamut of investment and finance.”

Howard grew up in Warwick. His father was a librarian; his mother a teacher. He’s married to a doctor, has three children and lives in Cobham, Surrey.

People in finance are very bright, and the intellectual case for sustainability in investment and finance now seems so powerful that I think we will see changes coming

While the bulk of his career has been spent in investment and finance, his working life had rather different beginnings. After reading history at Durham, his first job was with Vaux, a local brewery located in the north-east. He then moved on to Allied Breweries in Surrey, before becoming the firm’s area manager for Kent.

His job was to work with tenants – the entrepreneurs who rented the pubs from the brewery. But when the monopolies and mergers commission came along in the late 80s, it was clear that this structure was under threat. Howard swiftly left.

He completed a master’s in business administration (MBA) and became interested in how the City worked. In 1990, he began his City career in the investment management arm of RBS. In 1994 he joined 3i and in 2002 became managing director of 3i Asset Management. Since then he has been head of investments at Friends Provident and group chief investment officer at Liverpool Victoria.

One of his first jobs as UKSIF chief executive is to review the organisation’s near-term and long-term strategies.

“I  want to talk to as many members as I possibly can, and find out what it is they want and how well they think we’re doing”, Howard says.

“I will then take that to our board, discuss that in the context of what we and the board think needs to be done, and see where there’s a good overlap.

“The strategy review is going to be inclusive. We have limited resources; we need to focus them where can we do most good for our cause and our members.”

John Ditchfield, co-chair of the Ethical Investment Association (EIA) and managing partner at financial advisory firm Barchester Green – who also sits on UKSIF’s board – said recently that asking about ethical values “should be integral to the know-your-client process” for financial advisers. Howard agrees.

“This is something that we think advisers should be asking their clients – probing them on what they want. Someone who is maybe trying to live a sustainable life and is conscious they need to save for a pension may simply not know there are sustainable pension savings options available.

“In a sense, we need the adviser to offer them the option and to raise that topic. I think there’s an education role for member organisations like UKSIF. It’s a big job; a big piece of work to do.”

But serious investment advice is, more often than not, focused on a smaller wealthy minority. Therefore, Howard says, we need to come up with a way of encouraging the majority to move their money to sustainable options.

National Ethical Investment Week, which is in its sixth year in 2013, is just one of the many avenues that UKSIF is using to spread the word about the industry.

“I think the case [for sustainable investment] is so overwhelming that it will eventually happen naturally but that could well be too late and so we need to push”, Howard explains.

“I sense a lot of this –sensible fact based arguments linked to diversification, new areas of growth and liability matching,  that make a strong case for sustainable investment for institutional and retail investors- is out there just off stage. But each month and each year that passes makes it clear it’s not going to go away. It’s not a fashion which someone can ignore. It is the future; it’s going to have to be considered by anyone managing or owning assets.

“I think the tide could be beginning to run our way. People in finance, it seems to me, are very bright, and the intellectual case for sustainability and in particular, sustainability in investment and finance, now seems so powerful that I think we will see changes coming.

“This aim of making it mainstream is a realistic aim, and is one that we should all work towards. And I think we can do it.”