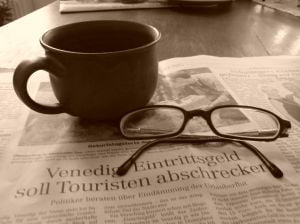 Greenpeace launches new action against Shell drilling in the Arctic

The UK, France, Netherlands are set to miss a key EU renewable energy target and should review their policies to get back on track, the European commission has said. Guardian.

More than a third of the world’s biggest aquifers, a vital source of fresh water for million, are “in distress” because human activities are draining them, according to satellite observations. Financial Times.

Almost 80% of cop pollination by wild bee species is provided by just 2% of the most common species, say scientists. However, scientists say protecting a wide range of bees would “provide insurance against future ecological shocks”. BBC.

Thousands to lobby MPs to back strong climate change action

Thousands of people from snowboarders and surfers to bee keepers and nuns are set to converge on parliament on Wednesday to urge their MPs to back strong action on climate change. Guardian.

The new cold war: drilling for oil and gas in the Arctic – Guardian

How the Pope got religion on climate change – Bloomberg

Why this Pope could make the world greener – Telegraph