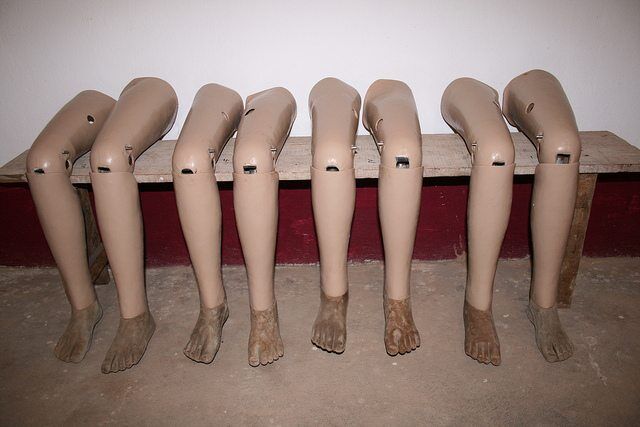 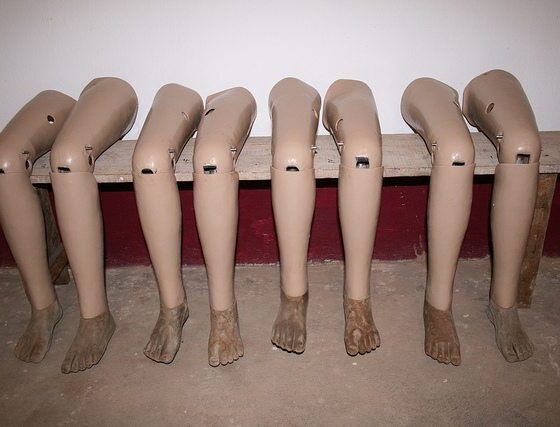 The most bizarre items donated to charity have been revealed by the Charities Aid Foundation (CAF) including a prosthetic leg, a sheep’s head and a Victoria Cross medal.

The top ten list, compiled by CAF, also includes a pair of canaries, a live ferret and a ventriloquist dummy.

Charities including Oxfam, Guide Dogs For The Blind and Cancer Research UK submitted items for inclusion. The donations have either been left at charity shops or bequeathed as legacies.

CAF works with more than 50,000 charities and helps 250,000 people give to good causes. One of the most unusual items donated via a CAF charitable account was a Central London townhouse.

Items donated to different charities include a Doulton Faience ceramic vase which was spotted by valuers working for Oxfam. Known as a moon flask because of its shape it was given to one of the charity’s high street shops. The piece – dated circa 1890 – sold for £2,400 at auction in June 2016.

It is estimated there are around 10,500 charity shops in the UK and Republic of Ireland which generate approximately £300m for good causes. CAF research has found that more than nine in ten people (88%) have bought something from a charity shop suggesting Britain is a nation of charity shop lovers.

“People think about giving money, but it is fascinating to see all the surprising and strange items which have been donated to charities either via charity shops or bequeathed as legacies.

“Works of art and property can be hugely valuable to charities and provide enormous support for their work. The popularity of vintage chic means that one person’s junk may be a charity’s treasure and can be used again to provide vital resources for the causes we care about.

“People’s generous and unusual donations make charity shops and websites an amazing source of items to buy, helping people personalise their homes and supporting thousands of vital causes in the process.”