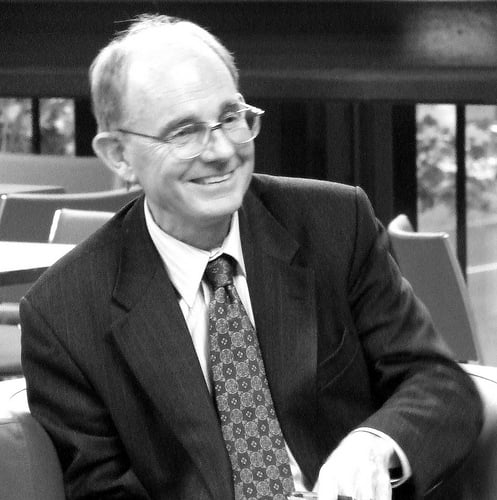 Chris Mullin was the Labour MP for Sunderland South from 1987 to 2010. While in parliament, he served on a number of committees, including a distinguished stint as chair of the home affairs select committee, and was a junior minister in the departments of environment, international development and the Foreign Office.

He is the author of the novel A Very British Coup (1982) and two other titles, as well as an expose on the Birmingham bombings entitled Error of Judgement.

He is, however, most likely to be remembered as the diarist of the New Labour regime through his excellent memoirs A Walk-on Part, A View from the Foothills and Decline and Fall, spanning his time in the commons from the death of John Smith in 1994 to the defeat of Gordon Brown in 2010.

The diaries reveal Mullins’ concern as early as the mid-90s about the effects of global warming, and this a recurring theme throughout the volumes. Charlie Wood caught up with him recently to further explore his views on the subject, and to discuss the politics of climate change.

In A Walk-On Part: Diaries 1994-1999 you commented on possible evidence of global warming, following the detachment of a large section of the Antarctic ice cap (16/03/95). How have your views on global warming and climate change evolved over the last 18 years?

I make no claim to expertise, but my views on global warming have, if anything, hardened over the years.

During your 23 years in parliament, how did attitudes towards climate science and environmental protection change amongst your colleagues?

Although the previous government took a relatively enlightened position on climate change at Kyoto and at Copenhagen, the truth is that the issue is not a particularly high priority for most politicians or indeed their constituents who are concerned with more immediate day to day issues, not least the economy.

The newly developing countries like China, India and Vietnam are falling over themselves to make the same mistakes as we have

Renewable forms of energy have been championed over the past decade, including in the UK, but shale gas has recently come to the fore, particularly in the US. Do you think the UK government will encourage a ‘dash to gas’ at the expense of further development of renewables?

We appear to be embarking on a new dash for gas and there is indeed a danger that this will reduce interest in renewables, although rising gas prices should help sustain interest.

What we badly need to do is encourage investment in renewables in order to create jobs, otherwise all the economic benefits of going green will go to countries like Germany and Denmark which are much more advanced than us.

Do you think the government should include a decarbonisation target in the energy bill, and what are the consequences of not doing so?

Yes, I favour a decarbonisation target, provided it is realistic.

You have spent a considerable amount of time in Asia. Could you comment on attitudes towards climate change and environmentalism in places such as Vietnam and Cambodia? And, to your knowledge, in China?

Sadly, the newly developing countries like China, India and Vietnam are falling over themselves to make the same mistakes as we have.

It is, for example, crazy for a country of more than one billion people to go for mass car ownership. The only sliver of hope is that the Chinese are having to live in the mess they are creating and they are beginning to notice that they have a problem.

I note that Chinese leaders are, for the first time, beginning to speak publicly about pollution and the environment and the latest five year plan prioritises the environment.  No doubt too little too late, but a hopeful sign, nonetheless.

Why do you think politicians often seem reluctant to implement green measures?

Politicians and industrialists are reluctant to sign up to measures that would reduce carbon emissions as long as they are convinced that it would make our industry less competitive than it already is. That’s why it can only be done by international agreement.

The difficulty – as we saw at Copenhagen – is that the main polluters (China and the US in particular) are reluctant to commit to measures that they believe will place them at a competitive disadvantage. Developing countries such as China and India tend to see talk of targets and emission restrictions as a plot by the west to limit their growth.

Blue & Green Tomorrow recently labelled George Osborne as one of the four horsemen of the climate apocalypse, because of his seemingly ideological objections to renewable energy and his growth-at-any-cost outlook. What are your thoughts on Osborne’s environmental credentials?

With a handful of exceptions such as Zac Goldsmith, there is little or no interest in environmental issues in the Conservative Party and this is reflected in the policy of the government.

All that husky hugging that went on when they were in opposition was just part of a campaign to convince the electorate of the existence of a new merciful, compassionate Tory party and this was swiftly junked since they took office. The other parties talk the talk, but faced with tough choices usually err on the side of caution.

Research from Australian scientists recently concluded that consensus among politicians and subsequent swift action was needed in order to limit the effects of climate change. Why then are governments still seemingly stalling to agree on the issue?

As I say, I suspect that UK governments of whatever party will only sign up to stricter measures as part of international agreement.

You wrote A Very British Coup in 1982, which led to an award winning TV series starring the late great Ray MacNally. In 2012 the book was remade as ‘Secret State’, starring Gabriel Byrne. Both the book and series are about power and its abuse. Through your writing are you suggesting we still need a person of integrity, such as a Harry Perkins or Tom Dawkins, to run the country?

Harry Perkins or Tom Dawkins for prime minister? A pleasant fantasy, but alas, a little unrealistic.

How do you spend your days now you’re not around Whitehall?

A small industry has developed around my three volumes of diaries and I spend a lot of time servicing that.  The political meeting is not dead. It has simply transferred to the literary festival. I also chair the north east committee of the Heritage Lottery Fund. I write and review books occasionally for newspapers and lecture at Newcastle and other universities.

In the long run I propose to fade away growing vegetables in Northumberland.