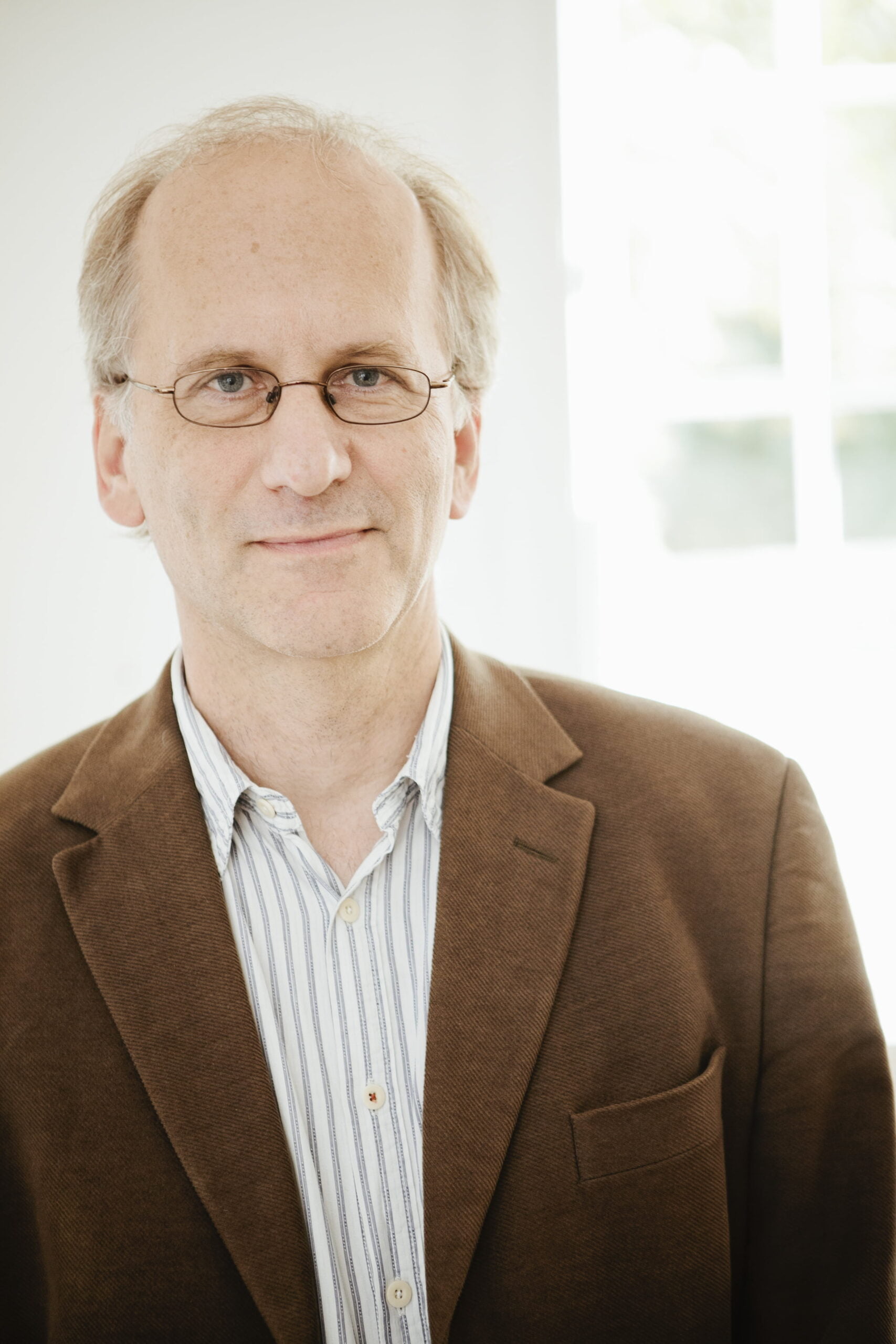 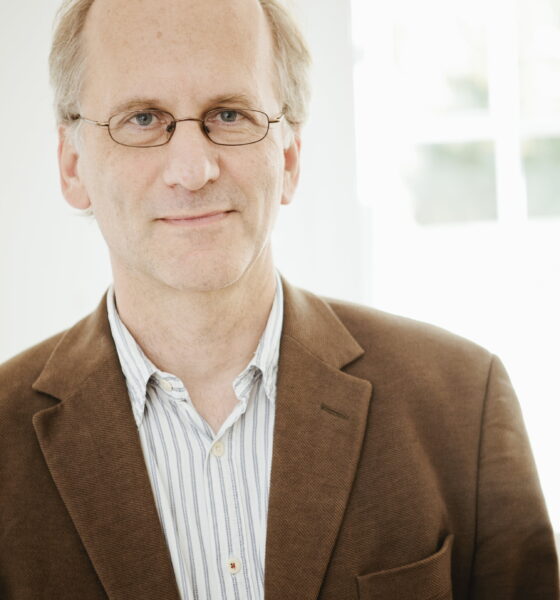 Jamie Hartzell is the definition of an entrepreneur. He arrives at his latest venture, Ethex, a non-profit that gives information on ethical investment, after a career that encompasses filmmaking, philanthropy and property. He spoke to Alex Blackburne about how he now hopes to help people reinstall power into their finances.

Investment can be complicated. Indeed, a mere mention of derivatives, mutual funds and asset classes is often enough to turn many people’s blinders on.

For every $1 of real goods and services produced, $26 is traded financially, but the global investment industry’s complexity frequently masks its impact, in that most people simply aren’t aware of what damage their money might be doing to the planet and its resources.

But this applies for ethical investments, too. Just as investors are often oblivious to the bad things that are happening behind the scenes, they’re also unaware of the good things. This is where Jamie Hartzell comes in.

He’s launched Ethex, a not-for-profit organisation that lays out information about ethical investment in simple terms. It profiles the social, environmental and historical investment performance of a number of businesses – whether it’s fair trade organisations, community renewables projects, firms working in social property or ethical banks – with the aim of encouraging more people to think differently about where their money might be invested.

“We include any business that has a very clear positive benefit at the heart of their mission”, explains Hartzell.

If we continue the way we are, where business considers only the amount of profit it makes and not the social and environmental impact of its activities, we’re heading down a very increasingly steep and slippery slope

“As well as this, we would also expect them to conform to a set of ethical criteria and to be working to improve those criteria.

“So, what are their carbon emissions as an organisation? How many women do they have on their board? Is the pay of their chief executive excessive compared to the lowest paid people in the organisation? There is a range of criteria that we’d be presenting.”

An environmental filmmaker for much of the 1980s and ‘90s, Hartzell is perhaps best known for founding the Ethical Property Company, an organisation that buys properties and transforms them into ethical service centres for non-profit organisations and social enterprises. Launched in 1998, it now has nearly 20 centres across the UK, with sister companies in France, Belgium and the Netherlands.

With the Ethical Property Company at a mature stage, Hartzell decided to step back in the spring and devote his time to Ethex.

“Our aim is to get as many people as possible investing truly ethically”, he says of the organisation’s aim.

“How many people that will be is quite a hard one to call but the existing Ethex member businesses already have 45,000 investments in total.

“That’s already quite a substantial working base to start from and I think there is more and more interest.

“People are getting a lot more active, particularly since the Libor scandal, to switch their accounts. So there are a lot of possibilities out there if we can access them.”

Hartzell is right. In the week immediately after the Libor rate-fixing scandal came into the public eye, dedicated ethical banks across the UK were inundated with interest from potentially new customers.

Triodos Bank received a 51% surge in account applications and opened three times as many accounts than normal on the day that former Barclays chief executive Bob Diamond announced his resignation in July. Meanwhile looking further back, Charity Bank revealed that it had welcomed 440 new customers between January 1 and June 30 this year – a figure 300 more than the same period in 2011.

It’s this kind of action from customers and investors that leads Hartzell to believe there is a significant gap in the market for the service that Ethex provides.

“People are rather disempowered and disillusioned when it comes to finance.

“We’ve had so many scandals and abuse cases over the last 15-20 years; I think people are deeply distrustful now of the financial system. They don’t really know what they can do.

“They think the situation is out of their hands and that all the power is in the City so they don’t really have access to it. They might also see finance as complex and difficult to understand.

“What we want to do really is make it much easier for people to reengage with their money and help them to think about what it is they would like to do with their money in order to make a difference and help us get out of the mess we’re in.”

Investments shape which industries are profitable and which are not. But at the same time, the uptake of dedicated ethical, sustainable or green funds in the UK is still microscopic compared to the huge rollout of conventional funds.

Hartzell places the reason for this as a lack of investor and adviser knowledge and a reticence to think that it’s something that we can control, when in reality, we can.

“I suppose you can parallel it to the growing popularity of ethical consumerism and fair trade”, he explains.

“For a long time, people were saying that they can’t make these choices and they just had to buy certain stuff, whether it came from South Africa or exploited farmers, but I think that’s now quite well-established and you can make those choices yourself.

“People don’t look at investment in that way. Intermediaries and regulators aren’t necessarily helping in that regard, as they’re often acting on somebody else’s behalf, so they’re much more prone to try to put you off because it doesn’t tick any of the right boxes.

“If we continue the way we are, where business considers only the amount of profit it makes and not the social and environmental impact of its activities, we’re heading down a very increasingly steep and slippery slope.

“There can’t be any greater irony than how the melting of the Arctic ice caps is merely encouraging further oil and gas exploration in those areas, because it’s now easier to do.

“It seems to me that we have no choice, to ultimately end up with a society where a generation of profits also means a better society and a better environment.”

The profit-driven ideology that engulfs the financial services industry is one of the reasons Hartzell decided to go down the not-for-profit route for Ethex – which he says is an integral part of the organisation’s business model. He goes on to state two reasons why it was imperative he opted for this direction.

“There’s a regulatory reason which is being not-for-profit makes it easier for us to operate in the regulatory environment, because we can’t financially benefit from what we’re doing.

“But we also think that it is highly appropriate. Looking at what’s happening in terms of public trust in intermediaries and the cynicism over the levels of fees being charged, rogue trading scandals, mutual fund scandals, Libor-rate fixing scandals – all that has been done in the name of profit really, be it personal or institutional greed.

“We’re looking at really introducing a non-profit element into finance, and we’re setting up a non-profit broker service effectively in transferable shares.

“As far as we’re aware, I don’t think there has been a non-profit brokering service ever before. We think that just really helps to demonstrate to people why we’re doing things.”

For the time being, Ethex is funded by a combination of grants and loans from foundations. But eventually, it will be generating its own income from the businesses included on its website, through transaction and membership fees.

Everything about the business model points towards it being successful. Hartzell has tapped into an industry that desperately needs to outline information in a clear and simple fashion for ethical investors.

The most important action, however, needs to come from you. And after seeing the overwhelming social, environmental and financial benefits many of these companies and funds have to offer, you’d be foolish not to act upon it.

Investing ethically is a process with ‘intrinsic benefits’