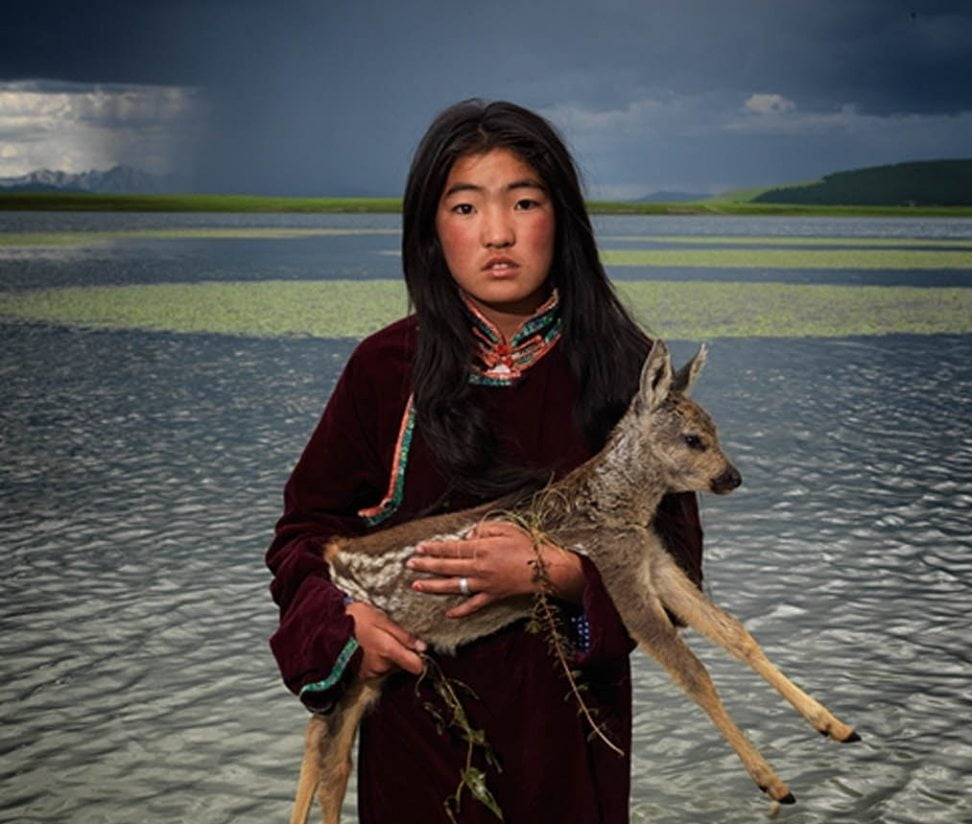 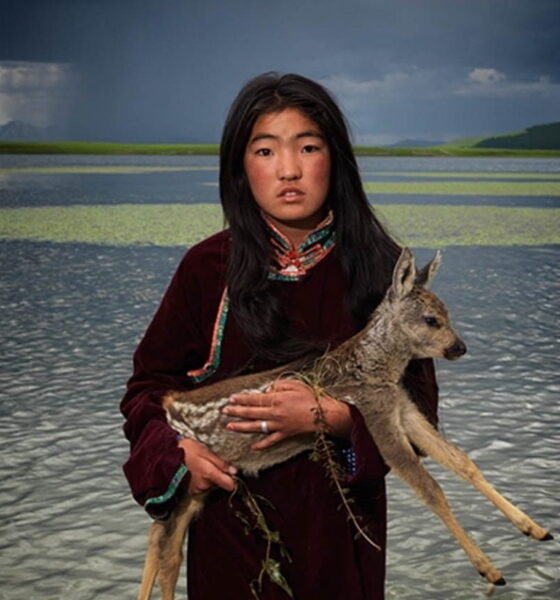 Art can provide a vehicle that allows us to reflect on the ills of society and the challenges we all face as humans. This fall the Rubin Museum is focusing on mankind’s effect on the climate in their fall series, Karma: Cause, Effect, and the Illusion of Fate. But they’re not the only ones examining our collective actions. Here are five other inspiring artists who address the challenge of climate change through their work.

Published with kind permission of the Rubin Museum of Art, New York.

In 2010, Jason deCaires Taylor founded the Museo Subacuático de Arte (MUSA), also known as the Cancún Underwater Museum. The Museum’s many sculptures are attached to the seabed and made from materials designed to stimulate the local coral ecosystem. According to MUSA’s website, “the Museum aims to demonstrate the interaction between art and environmental science and form part of a complex reef structure for marine life to colonize and inhabit whilst increasing biomass on a grand scale.” One of the museum’s main attractions is a sculpture installation designed by Taylor and made from hundreds of casts of real people. Speaking to The Guardian, Taylor said that he “wanted to create an image of humans living in balance with nature instead of in opposition to it.” 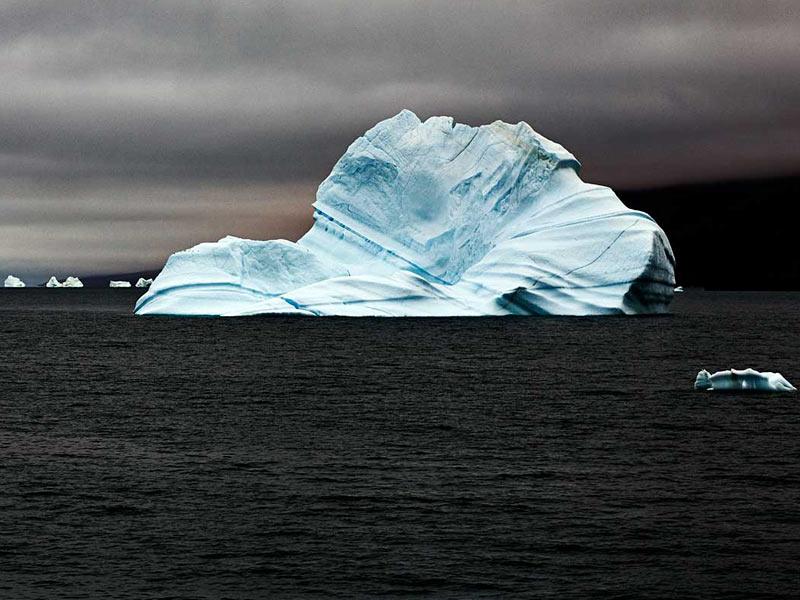 For over ten years, photographer Camille Seaman has been taking “portraits” of icebergs in the Arctic and Antarctic. She’s won a number of prestigious awards for her work and was honored with a solo exhibition, “The Last Iceberg,” at the National Academy of Sciences in 2008. Seaman, a TED Fellow, gave a TED talk presentation in 2011, explaining that through her work she attempts to “articulate that humans are not separate from nature and that everything is interconnected.” This is accomplished through her personal and emotional photographs of icebergs, simultaneously capturing their grandiosity and vulnerability. Visit Camille Seaman’s website for full-screen photo galleries of her work.

Hamid Sardar is an accomplished documentary film-maker and photographer that began his career in film-making while exploring the Himalayas as an associate of the Harvard Film Study Center and as a National Geographic Society explorer. According to his website, Sardar-Afkhami “devotes his cameras to telling the story of endangered cultures who maintain a spiritual dialogue with the natural world.” His 2014 documentary, Taïga, provides an intimate glimpse into the world of Mongolian sheep herders who must battle the twin predations of wolves and mining interests in the delicate ecosystem of the Mongolian steppe.The film will have itsU.S. premiere at the Rubin Museum of Art on Saturday, November 21, and Sunday, November 22.

Naziha Mestaoui’s “One Beat, One Tree” is an ambitious project that aims to connect people to far-away ecosystems through an interactive digital art installation. Through the project, a visitor “plants” a digital “seed” made of light, which is powered by the visitor’s real-life heartbeat, and eventually grows into a unique “light tree.” According to the Huffington Post, virtual forests created by the digital trees have been projected onto city spaces, “blurring the boundaries between the natural world and advancing technology.” Thanks to Mestaoui and project organizers, for each virtual tree created, a physical one is planted as a part of reforestation efforts in a vulnerable region elsewhere in the world.

Chinese contemporary artist Cai Guo-Qiang’s installations have been called “grand, provocative and unsettling.” The artist’s 2014 solo exhibition, The Ninth Wave, consisted of a life-sized fishing boat, covered in what appeared to be dozens of sickly animals, including pandas, tigers, zebras, and polar bears. The artwork is reminiscent of both Noah’s Ark and a 2013 incident when about sixteen thousand dead pigs floated down Shanghai’s Huangpu River, which incited public discussion of China’s environmental conditions. For its debut, the artist’s mock-fishing boat traveled down the Huangpu River before landing at Shanghai’s Power Station of Art where it became an indoor installation.

For more perspectives on climate change, check out all upcoming Karma events at the Rubin, including the premiere of Hamid Sardar’s film, Taïga.