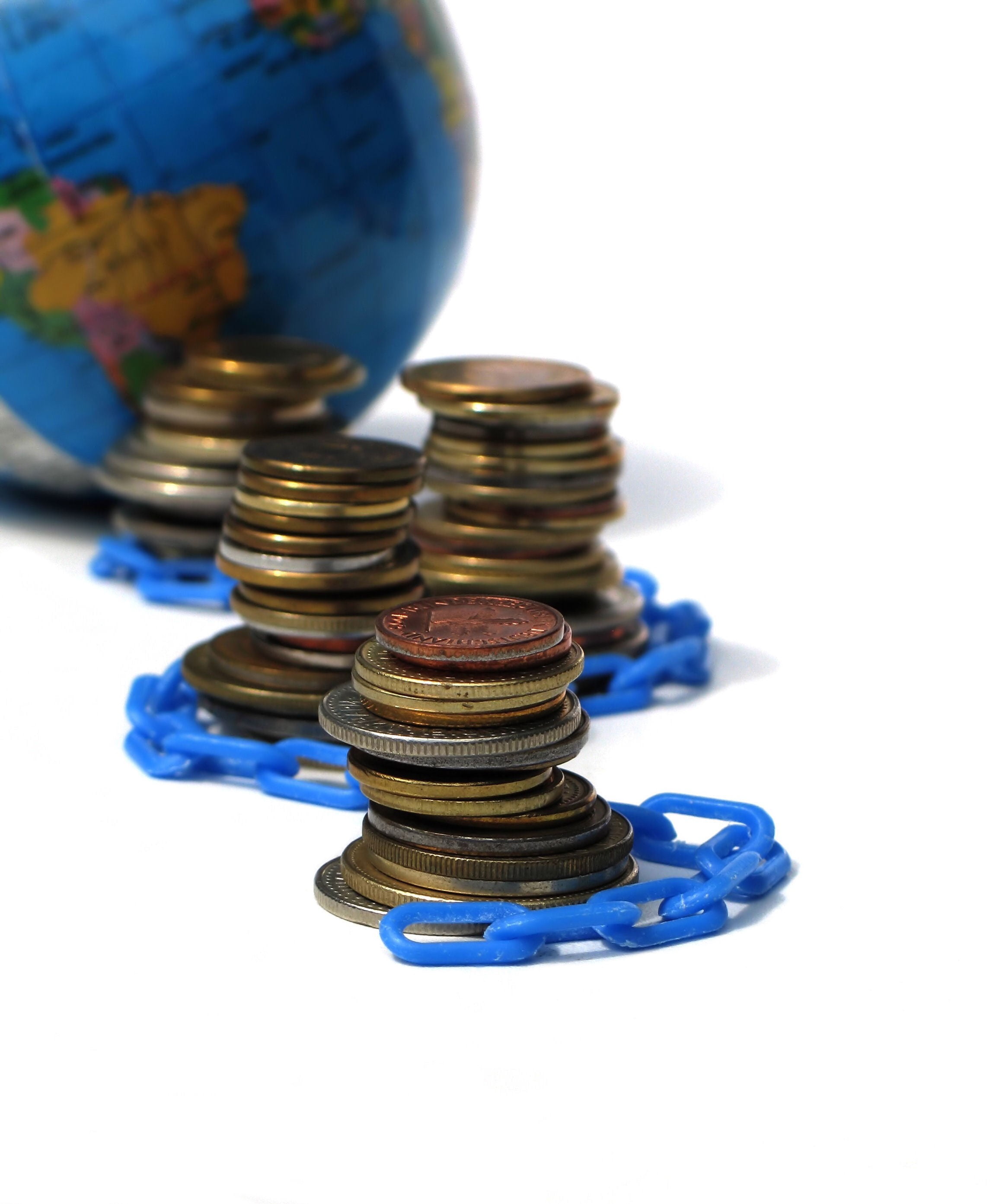 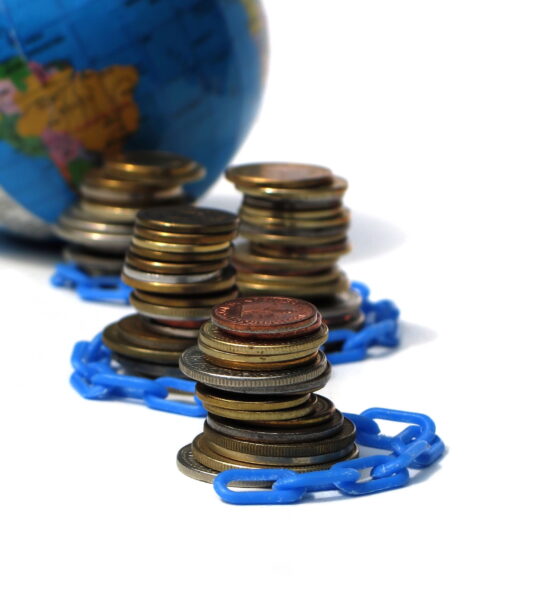 We seem to be locked in an endless financial crisis. Starting with a sub-prime housing bubble, complex financial derivatives linked to those assets contaminated global finance, subsequently crashing the global economy, leading to unprecedented austerity in the developed world. If we think the current financial crisis is bad, just wait until the real global crisis kicks in.

Money is a man-made instrument of exchange. Currencies bear the promise to ‘pay the lender’ and ‘in God we Trust’ but has virtually no intrinsic worth. Through the fractional reserve banking system, much of the money that flows around has been created by banks – the same banks that crashed the economy – and it exists in electronic form only.

This rather excellent video from Positive Money explains how banks really do create money and there is more analysis in this great series of videos here.

Only 3% of money in the system is the kind of money you find in your wallet or down the back of the sofa. It used to be called M0, or the narrow measure of money, and students of monetarist economic theories studied the measure in detail and its inflationary impact. You can read a little more on the FT.

To the horror of the aforementioned economics students, the Bank of England stopped reporting M0 in 2006 and now publishes the more straightforwardly named Notes and Coins in circulation .

Our economy is in deep trouble, but the current problems are relatively short-term and, with some inflationary consequences, we can simply print more money as the Bank of England has done with quantitative easing (QE).

As we pointed out in May, the £325bn total of QE at that stage (now £375bn) was equivalent to 12.4m people being given the average UK salary of £26,200, who would have then spent it or paid off debt. The Bank does not actually print the money; it creates it electronically.

Instead of injecting the money directly into the economy and risking inflationary pressure, financial services players such as high street banks and insurance companies, who created the original crisis, sold their assets to the Bank in return for QE cash. They then hoarded the money to increase their reserves. If you want to know more about quantitative easing you can watch the Bank’s explanatory video here or the BBC’s explanation here.

The rather excellent film Inside Job goes into more detail than we can in this piece, looking at the causes of the crisis and co-conspirators (banks, policy makers, regulators, academics and the media), but it will make you feel angry and robbed.  You should be angry and you were robbed. We are still being robbed. While private sector success was profitably pocketed by investors, private sector failure was nationalised into taxpayer loss.

The economy may be in deep ongoing systemic trouble, but our ecology is in a deeper crisis.

From financial austerity to resource scarcity

Ultimately we may be able to ‘print’ and cut our way out of the financial crisis, as long the self-same credit agencies that scored sub-prime debt as triple A prime maintain confidence in our economy. It still leaves our economy in perilous state.

Demand for grain intensive meat in emerging economies’ middle classes means our food supply is under strain. Our water supplies are under pressure from farming that is more intensive and as trans-boundary rivers are dammed to provide energy.

The Oil & Gas Journal, CIA and OPEC, not one of them part of some liberal-lefty plot, all predict coming crises with peak fossil fuel extraction being reached.

We have written before about the coming crisis across many of the minerals we rely on. There’s some other infographics of this pressing issue here, here and here.

Our environment-regulating and stabilising ice caps and forest are melting and being cut down at a terrifying rate.

The limits of markets in scarcity

The perversity of the market system is that scarcity creates higher prices.

The cost of food, water, fuel and minerals (commodities) rise, destabilising economies and threatening everyone other than the fantastically wealthy. While our economy has simply produced more of the stuff in previous periods of high prices and depressed those prices to equilibrium, this cannot happen if the stuff actually runs out. The price will rise until the commodity runs out, or an alternative is found.

The coming crisis will follow this simple trajectory. Scarcity drives higher price meaning it becomes more economical to extract in harsh, previous uneconomic, environments. Emerging economies will actively hunt out resource-rich countries to secure their future supply. In turn, this leads to even greater depletion of finite resources. At some point the resource simply runs out or becomes prohibitively expensive to extract and economies that haven’t found sustainable alternatives such as renewable energy or sustainable farming will falter.

The UK, as a significant but declining global power relatively, should take heed urgently.

Relying on unstable commodity imports and not taking a leading role in climate change discussions threatens our future security. Even the most die-hard free market ideologue, and we believe in markets, will accept that the first role of government, no matter how small, is to provide security for the people. Moreover, that does not just mean militarily.

Money might be in short supply today, but if there were no money, we would return to earlier systems of exchange such as barter. While this would be economically disastrous in the short term, the ingenuity of humanity would find a way.

Critical resources are increasingly in short supply, and if there are no resources left or they become so scarce as to be priced out of most people’s reach, our nation and society faces an existential threat.

We cannot quantitatively ease our way out of this one.