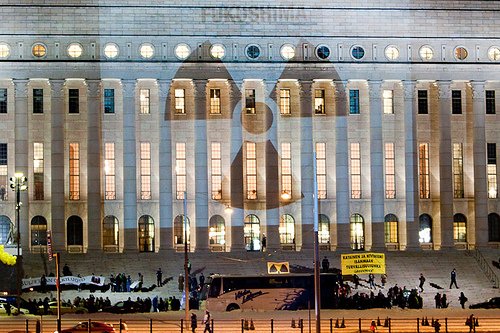 Two years ago today, the world witnessed one of the worst nuclear disasters in history when the reactor at the Fukushima Daiichi plant exploded, registering a level 7 blast – the same grade as Chernobyl. Nuclear has been phased out in a number of countries since then, but equally, remains high on the agenda in many others. Its complications and obstacles, though, still lack solutions.

The Fukushima disaster caused serious harm to Japanese people, influenced international decisions and had unpredictable consequences on the environment. Water contamination in particular was widespread and fish meat from around the area was registered to still be highly radioactive as recent as August 2012.

TEPCO, the company responsible for the power plant, was accused of misinformation and negligence for putting the locals at severe risk, while Japanese authorities were also strongly criticised.

After the disaster, Japan announced it would stop the construction of 14 new nuclear stations and turn the existing ones off.

Other countries like China, Germany and Switzerland were uncertain and partially stopped their nuclear programmes. But most nations – France, the US and Indonesia for instance – decided that they would not abandon nuclear power and went on with their projects.

Barack Obama and Nicolas Sarkozy even said that nuclear stations in the US and France were the safest of the world.

Indeed, before the disaster, Japan’s structures were also considered safe, but the earthquake that damaged the reactors proved nature’s unpredictability.

In Europe, nuclear power is the second largest energy supplier for electricity production – producing 27.8% of its total in 2009 – but many countries are still opposed to it and others are planning a phase-out within the coming years.

Austria for example is one of the strongest opponents. It relies mostly on hydropower and has a target of 100% self-sufficiency through renewable energy by 2050.

In the UK, the government has recently accelerated on nuclear projects, by saying that new plants are essential to achieve climate goals. It has also set up a subsidy scheme to back new stations in the future.

Nuclear power is a low-carbon energy source and for this reason, even some of the staunchest environmentalists have embraced it. But there are still many unsolved problems that deserve consideration, such as nuclear waste and proliferation issues.

What do we do with the tonnes of radioactive material that remains dangerous for thousands of years? An adequate storage system must be able to not only safeguard waste, but also be able to deal with possible  threats that will emerge in the future.

And for obvious reasons, it’s hard to find local communities that might want a nuclear waste site on their doorstep.

Nuclear incidents bring about long-term consequences that are hard to quantify. These days, high levels of Caesium-137 have been found in wild boars in Northern Italy. Authorities have suggested that it might be a long-term effect of Chernobyl disaster but it’s very hard to say, considering the plethora of nuclear sites in France or Switzerland.

Nuclear, though, is perhaps a bitter pill we have to take to help our energy future and tackle climate change. But governments need to consider the high risks involved and find a realistic solution for waste storage, without leaving behind the huge potential of renewables, which remain the only 100% safe source of energy we have.