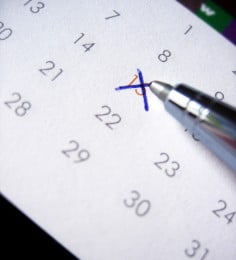 I remember January 2013. That was the month when…

Just in case you missed some of the interesting and exciting stuff that happened in the first month of 2013, here’s a January round-up that includes all the best bits from Blue & Green Tomorrow.

We kicked off the year with the encouraging news of renewable energy’s 27% growth in the UK, as outlined by the Department of Energy and Climate Change’s (DECC) Renewable Energy Roadmap.

The following week, the Met Office released figures that predicted 2013 will be even warmer than its predecessor – which itself was the ninth warmest year on record. On the same day, the Co-operative Bank was dealt a £113,300 fine for delaying payment protection insurance (PPI) complaints.

Rupert Murdoch provided yet more evidence of his environmental irresponsibility in January, after giving his backing to an article that claimed the world is “growing greener” because of the increased presence of carbon dioxide in the atmosphere.

We also reported on how German co-operatives were driving forward the country’s renewable energy efforts.

On January 11, it was 50 years to the day since the infamous big freeze hit the UK. We looked back at what happened during one of the country’s worst cold snaps on record, as well as predicting what the future might bring.

Reflecting on the previous week’s report on global food waste, Paul West of the University of Minnesota’s Institute on the Environment wrote how it highlights a key opportunity in improving both current and future global food security.

Our feature series interviewing ethical investors continued into the new year, as we spoke to Julie King, who began investing ethically when she set up a private pension. Martin Ellis and Anna Guyer also spoke to us last month.

Past the halfway mark in January now, and on the 21st of the month, we wrote about a NASA-backed study that linked climate change to degradation of the Amazon rainforest. On the same day, a report by insurance behemoth highlighted the important role insurers must play in tackling climate change and developing renewable energy.

A study in January found that the mainstream financial services sector was suffering from a lack of new talent. But we wrote how for budding bankers, there remained plenty of sustainable solutions.

On January 22, we used the 29th anniversary of Apple’s landmark Macintosh advert as an opportunity to round-up the tech giant’s environmental record.

A day later, The Telegraph published a crowdfunded full-page advert from Greenpeace that attacked oil giant Shell over its exploration activities in the Arctic.

This news was followed shortly after by the launch of Enough Food for Everyone IF – a collaborative campaign by a selection of famous faces and some of the UK’s leading charities that aims to alleviate poverty worldwide by forcing strong governmental action.

An investigation towards the end of the month by The Independent revealed details of a “secretive funding organisation” that allows the super-rich to anonymously fund the rejection of climate science.

This was published alongside a feature that argued future generations will see our debate about the cause of, and response to, climate change in the same way we view historic arguments over slavery.

Lord Stern, who seven years ago led the writing of a government-commissioned review on climate change, then admitted that the effects were “coming through more quickly than we thought”.

On January 29, our traffic rocketed when we published a piece about how thousands of campaigners had called for the government to take action over dwindling bee numbers, and urged David Cameron to adopt a national bee action plan. We could say it caused a real buzz, but we won’t.

News of Scotland’s decision to set a 2030 decarbonisation target – and its call for the UK to follow suit – was also popular on that day.

That’s our round-up completed. Thanks for the interest in January 2013. Here’s to February!