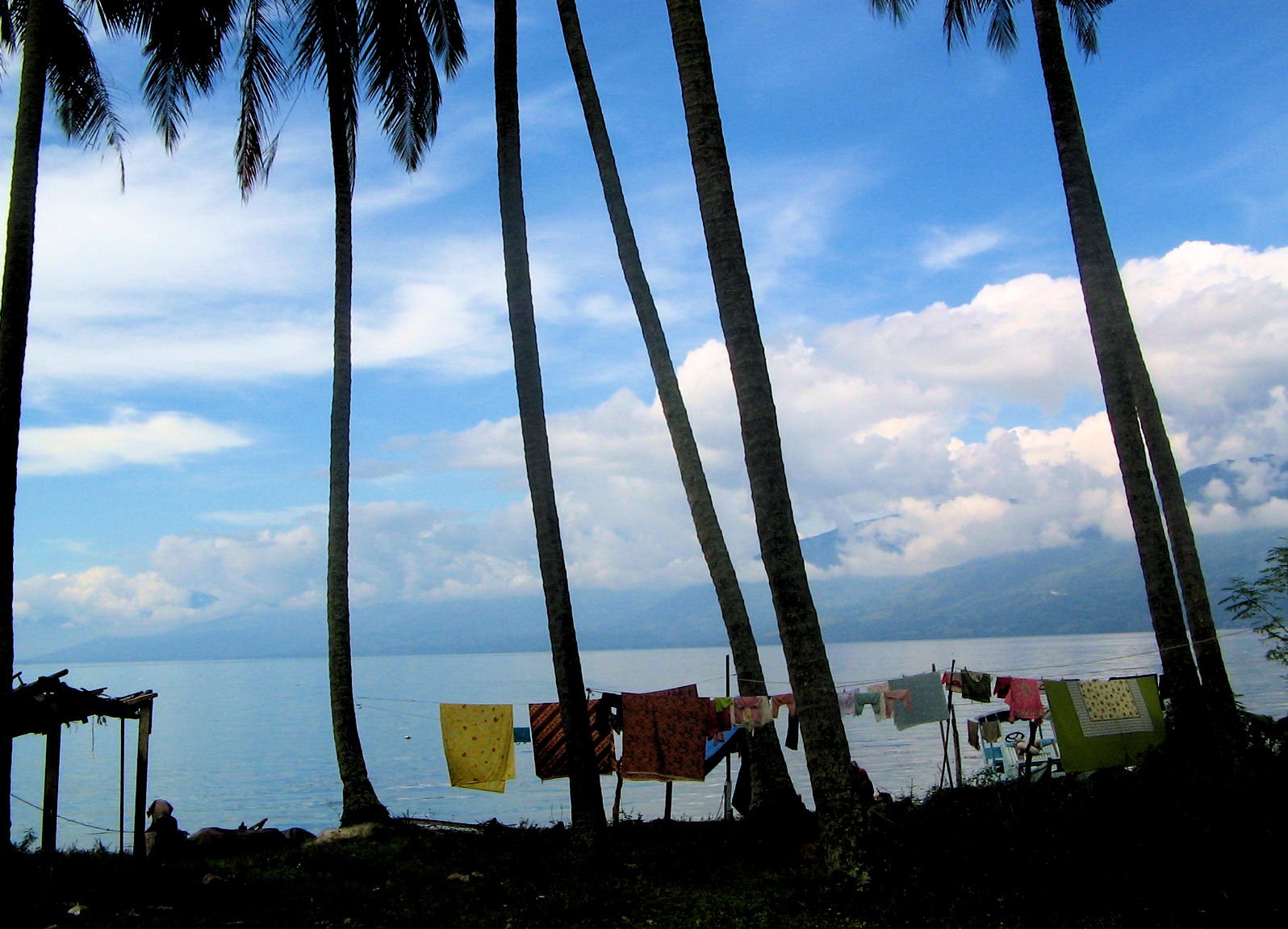 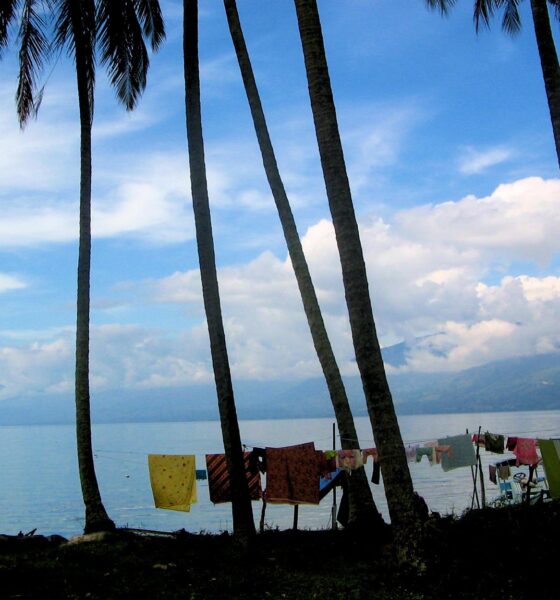 Indonesia, home to more than 240 million people, is shining brightly as an emerging economy. According to the figures website Trading Economics, the Indonesian stock market has been growing steadily since the 1980s, to the tune of 5-6% annually, save for a dip in the late ’90s corresponding to the Asian financial crisis, and a second when the most recent recession hit. One indicator, the JCI (Jakarta Composite Index of Indonesia Stock Exchange), has increased by almost 2% in the past 30 days.

Nevertheless, the fact remains that Indonesia is a country lacking some fundamental infrastructure. It is a goal, for example, that, by 2035, 95% of the population will be provided with electricity. Contrast that with the fact that 95% of the UK population currently has access to mobile broadband, and it is clear that the south-east Asian nation has some serious catching up to do in the technology stakes.

Setting aside for now the issue of how electricity might be delivered to 95% of the Indonesian people, how is the electricity to be sourced? The country has historically leaned heavily on its oil and gas supplies to make money, choosing to export large quantities of the fuels to more developed, oil-hungry nations. Of course, the reservoirs are drying up, and Indonesia faces a real challenge to meet its domestic energy demand.

The Indonesian government acted early to rectify the supply problem by drawing up a National Energy Blueprint. It set out plans to wean the country off oil and start making better use of what it called ‘new and renewable energy’ (N&RE) resources – biofuels, geothermal sources, biomass, nuclear, hydro, solar, wind, and liquefied coal. According to the blueprint, these N&RE resources should constitute 17% of the country’s primary energy supply by 2025 – an impressive increase from the 4.3% they supplied in 2005.

The physical geography of Indonesia – a country composed of more than 17,000 islands – makes it difficult to supply all Indonesians with electricity, but it does lend itself well to renewable technologies like wind and hydro power. Fortunately, these are technologies which can be installed ‘locally’, meaning that rural Indonesian communities, so hard to fit into any kind of national grid, might one day be able to source their own electricity.

In 2008, the International Energy Agency carried out the Energy Policy Review of Indonesia, a substantial investigation into the country’s energy needs, resources, practices and future. A comprehensive report was published.

The report cites figures provided by the Ministry of Energy and Mineral Resources indicating that, around the time of writing the report, the installed hydroelectric power capacity in Indonesia was 4,200 megawatt (MW). The energy potential from hydro power in Indonesia, according to the same table, was 75,670MW, implying that only 5.55% of the country’s potential was being exploited.

Look now at wind energy. When the review was being conducted, the installed wind energy capacity was a woeful 0.6MW. The potential meanwhile lay at 9,290MW – a figure nearly 15,500 times higher. To put those numbers into perspective, Germany’s wind energy infrastructure has a total capacity of 30,016MW, and neighbouring France has set itself the target wind power capacity of 25,000MW by 2020. Evidently, wind power technology is receiving significant investment in some parts of the world. So, why not take the fruits of that research to countries like Indonesia?

Biofuels, according to the Review, will feature very heavily in the Indonesian renewable energy roadmap. Indeed, by 2025, biofuels should constitute 5% of the total energy mix. The Review does raise some concerns, though, about the environmental impact of deforestation and other forms of land management to cultivate more palm and other such products. Only a few weeks ago, media reports indicated that, once again, a smoky haze had descended in that part of the world as a result of forest fires. Although some such events occur naturally, the clearing of land by burning has been found to be responsible for previous smogs.

Not to be forgotten is geothermal energy. The report indicates that as much as 27,000MW of power could be derived from geothermal sources. The installed capacity at the time was 1,052MW.

To harness the given potential from these various energy sources will require serious investment in both infrastructure and education. The country thus represents a significant opportunity for foreign enterprises specialising in renewable energy technologies – particularly in the wind, hydro, biofuel and geothermal spheres. An article recently featured in the Australian publication Ecogeneration refers to a report, published by the Australian Trade Commission (Austrade), which highlights some of the areas of the Indonesian economy to which Australian clean tech companies might make contributions. They include, of course, the clean and renewable energy sector.

Indonesia’s neighbour Malaysia boasts the third largest oil reserve in the Asia-Pacific region. However, as with Indonesia’s oil, the quantity is limited and decreasing quickly. Thus the four traditional sources of energy in Malaysia – oil, gas, coal and hydropower – must be supplemented with more renewables. This was dubbed the Five-Fuel Diversification Strategy, and it was written into the ninth and tenth Malaysian Plans – similar to the Indonesian Energy Blueprint.

A 2010 paper written by researchers of the Department of Mechanical Engineering at University Malaya, Kuala Lumpur, Malaysia analyses in some detail the state of the Malaysian energy sector. Again, just like in Indonesia, the paper found that only a fraction of the country’s renewable energy potential was being used. It was estimated, for example, that potential hydropower in Malaysia was 29,000MW, but, in 2008, the hydropower infrastructure provided only 2,091MW.

Ironically, Malaysia – one of the world’s greatest exporters of solar panel modules and a country with a daily average solar radiation between roughly 4 and 5 kilowatt hours/metres squared – only recently started to enjoy investment in domestic solar panel deployment. The government introduced the Malaysian Building Integrated Photovoltaic (MBIPV) project which provided financial incentives to investors connecting their solar systems to the Malaysian grid. The Renewable and Sustainable Energy Reviews publication this year featured an analysis of solar energy in Malaysia; it showed that the peak power supplied by PV systems installed as part of the MBIPV project was 213.61 kilowatts.

Palm oil, like in Indonesia, is a significant contributor to Malaysia’s economy. An article published by Bloomberg conjectured that Malaysian exports of the product might reach 19m tonnes in 2012. The extraction process generates vast quantities of waste in the form of spent tree bark, leaf, and so on. The challenge for clean energy companies is to turn that waste into viable biomass fuels – something which a number of groups have started to do. Nonetheless, there is definitely room for further investment and improved refinement techniques.

In conclusion, there clearly exists a great opportunity for clean energy companies from around the world to support a number of flourishing economies in the south-east Asian region. By offering skills, technical expertise and financial backing to clean energy projects in Indonesia, Malaysia and other nearby countries, investors can make a difference in a place where it will really count.