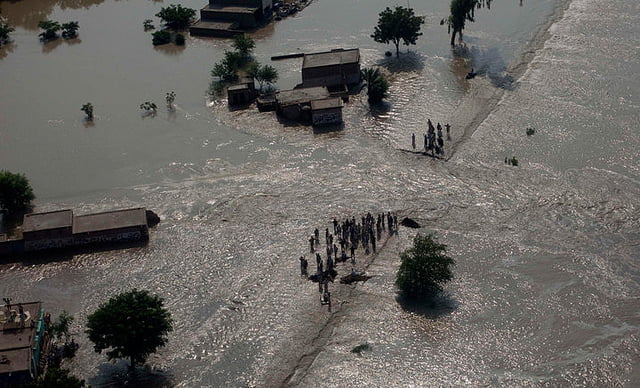 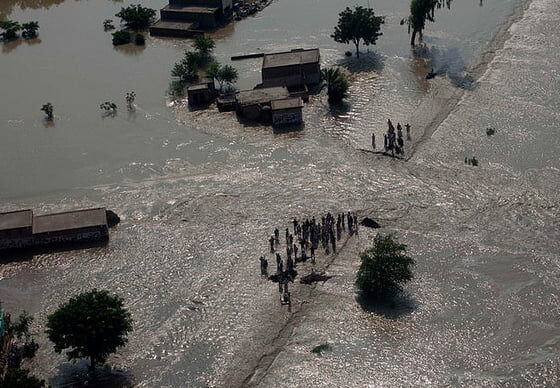 A recent report by the Department for Environment, Food and Rural Affairs (Defra) estimated that if no further precautions are taken by 2050, floods are likely to affect between 1.66-3.64 million people in the UK. Emma Websdale caught up with Dan Montagnani, director of environmental risk analysts GroundSure, to get advice on how residents can protect themselves against increased flooding.

Towards the end of 2012, thousands of people across the country were hit head on with extreme flooding. A threat usually associated with more tropical parts of the world, in many cases, residents were not prepared for the unexpected and rapid floods that engulfed large parts of the UK.

Evacuations from areas near bursting riverbanks, massive standstills in rail and road services and over 170 high-level flood warnings provoked fear among the public. Even those who watched water levels creep frighteningly close to their doorsteps around Christmas struggled to shrug off the thought of the seemingly never-ending rainfall.

The Association of British Insurers (ABI) stated that incurring costs to the economy from flooding can reach £3 billion in England. This is a statistic we shouldn’t ignore. For starters, house insurance premiums for those located in areas with flooding risks will increase.

The British public needs educating on how to effectively stave off the worst effects of flooding. But luckily, help is on hand.

GroundSure is a company designed to “support people in the property industry in the UK, in regards to environmental risk issues” associated with contaminated land, flood risk and ground stability.

“We have a vast database of geospatial information for the whole of Great Britain, which we are constantly working on to update, improve and enhance”, says managing director Dan Montagnani.

“In addition to third party and proprietary data sets we provide risk advice to clients in support of commercial and residential property transactions.

“Our information sources include the Environmental Agency, the British Geological Survey, the Health Protection Agency and local authorities from across the country. We also have unique historical archives of 1.3m historical and survey maps which go back to 1840.”

The Met Office declared that 2012 was the second wettest year since recordings began over 100 years ago – a record that is likely to be beaten in the coming years.

Montagnani provides an explanation as to why there has been increased flooding in the UK: “Flooding is becoming more of an issue because of two reasons. Partly because our climate is changing. Our climate is becoming more extreme, and we’re seeing prolonged droughts followed by heavy periods of rainfall and so we have to adjust as a society to that type of situation.

“Also, many areas of the UK historically have been developed in the flood plain making them more susceptible to flooding when it happens.”

“Flooding is not just a result of rivers bursting their banks or tidal surges, lots of the flooding we are experiencing at the moment is a result of surface water flood risk – that’s when we have instantaneous heavy rainfall events and as a result the urban drainage infrastructure capacity is unable to cope with that degree of heavy rainfall.”

A recent report entitled Flood Risk Management in England by Defra stated that flooding will become a major threat for the UK. It estimated that if no further precautions were taken by 2050, floods were likely to impact between 1.66-3.64 million people across the country.

With such an alarming number of residents predicted to be affected by flooding, Montagnani explains just what precautionary measures UK landowners could take to protect their properties against flooding.

He says, “When purchasing a property you should absolutely get a flood risk report. That report will consider all different types of flooding from flooding from the sea, rivers and surface water flooding.

“If your property comes back with an identified high risk of flooding there are things that can be done to address the risks. Flood resistance and flood resilience measures can be incorporated into buildings and some of these are very simple and low cost.

“For example, flood barriers, relocation of air bricks in building structure and, non-return valves on pipes connecting the property to the sewer are all relatively low cost solutions. A lot of these measures can be incorporated into a property for just a few thousand pounds and as a result can provide a pretty good form of defence against flooding.”

But will people invest in greater flood protection given the recent increases of rainfall?

“Ideally, people need to do this before it floods”, responds Montagnani.

“I think that what we have seen up until now is that flood risk searches are undertaken as an exception rather than possibly the norm, with people relying or hoping that the issue can be addressed through insurance. That behaviour is changing with uncertainty over the future availability of insurance, greater public awareness and lenders and conveyancers who are alert to flood risk issues and are seeking to proactively manage it in their workflow.

“Public awareness is growing with continued media coverage and it is worth noting that there are a range of solutions to the problem – if one is identified.”

Companies like GroundSure that are seeking to address flood risk through the provision of conveyancing search solutions act as a stepping stone to reducing consumer exposure to flood risk and its impact on society.

Montagnani adds, “It is widely acknowledged that climate change is in part driving the need for greater understanding of flood risk and mitigation of its effects where appropriate.”

The ability to serve up property specific risk data regarding flooding enables GroundSure to provide house purchasers with advance warning of exactly what degree of risk they are exposing themselves to in any one transaction.

This in turn means that nobody should be buying a house without advance knowledge that a problem may exist and therefore having some contingency to address that before it floods.

To understand more about what the company can offer in regards to flood protection you can visit its website.