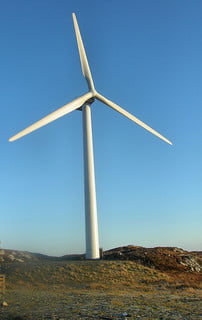 Money from the Renewable Energy Investment Fund (REIF) will initially target communities and rural businesses at early-stage development to help support the growth of renewable energy projects. In addition, the cash will support district heating schemes, and benefit wave and tidal developers with in the deployment of array projects.

The REIF represents the rest of the £200 million from the Fossil Fuel Levy fund released by George Osborne back in November 2011.

It complements the funding from the Green Investment Bank (GIB), which was also boosted by the Fossil Fuel Levy fund but addresses renewable projects closer to commercial-scale deployment.

Energy minister Ewing, said, “This £103 million Renewable Energy Investment Fund will allow communities all over Scotland to reap the benefits of our green energy revolution.

“Scotland has astounding green energy potential and vast natural resources, and we have a responsibility to make sure our nation seizes this opportunity to create tens of thousands of new jobs and secure billions of pounds of investment in our economy.

“This fund will help us make the most of our potential. Some have called on us to increase funding for marine technologies – this fund does that, demonstrates our commitment to marine and will ensure marine renewable projects become commercial realities.”

Approximately 10% of Europe’s wave power is off Scotland’s coasts, and the country boasts 25% of Europe’s tidal stream potential according to the Offshore Valuation 2010, with marine energy having the potential to provide a fifth of the electricity consumed in the UK.

This highlights a big appetite for funding research and development and creating jobs in the marine energy sector. The REIF will help feed this appetite and leverage further inward private investment.

Welcoming the £103m REIF, Stan Blackley, chief executive of Friends of the Earth Scotland, explained the possible extent of the community-scale benefits of the funding:

“Community renewables bring multiple benefits, not only reducing carbon emissions, but bringing direct financial benefits that can be used to regenerate communities and help those most in need.

“In fact, when income received by communities from their own renewables is then reinvested in measures such as waste reduction, community transport or home insulation, they can have a double positive effect for both the community and the environment.”

Unsurprisingly, wind energy is at the core of Scotland’s community renewables projects, with single 900Kw wind turbine projects like that at Westerlay, Orkney generating large sustainable incomes that can be reinvested in a variety of measures to further increase community sustainability.

Savings could also be reinvested into changing attitudes towards waste, viewing it as a resource rather than a problem by echoing the simple three step mantra – reduce, re-use and recycle. It is a concept that was recently covered by Blue & Green Tomorrow, which noted that education was the key to achieving a “zero waste” Scotland.

The money could also finance green businesses start-ups that operate door-to-door household waste sorting strategies to increase the convenience and appeal of recycling for the individual, while creating jobs and making money locally.

Friends of the Earth Scotland’s Blackley also highlighted that other not-for-profit organisations that can be classed as “communities of interest”, such as cooperatives, credit unions and non-governmental organisations, would benefit from the REIF, as they represent a large number of Scottish people who may want to support renewable projects.

Funding the development of bottom-up community scale renewable projects continues to demonstrate the positive ambitions of a nation not only shifting towards a clean renewables economy but at the same time, creating new jobs that can help regenerate the socio-economic fabric of those communities most in need. Indeed, the REIF is another important milestone in Scotland’s drive down the road to 100% sustainability.

More can be discovered about the details of Scotland’s existing community level energy generation and carbon reduction projects at Community Energy Scotland. And if you are interested in switching to renewable electricity for your home or business, visit Good Energy – the UK’s only 100% renewable energy supplier.