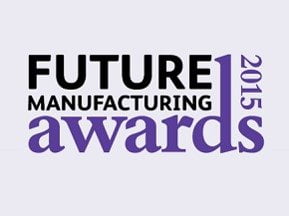 Schneider Electric (UK), a Telford-based manufacturer of electrical distribution and control equipment, which employs 4,500 staff, won the Environmental Efficiency Award, sponsored by CMR Consultants and energyTEAM. The award goes to the manufacturer that has most to improved its environmental performance.

Stadco, a Telford-based manufacturer of assemblies for the automotive industry, which employs 1,050 staff, won the Health and Safety Award, sponsored by Howden. The award recognises the manufacturer that has achieved the most impressive or innovative improvements in the health and safety culture of their workplace.

The companies were selected by a panel of judges drawn from business leaders, industry experts and academics and were up against stiff competition from a range of impressive businesses, large and small, from across the region.

With regional titles under their belts, Schneider Electric (UK) and Stadco will now go on to compete for national titles at an awards gala dinner in London in January next year.

Mark Jones, sustainability manager – UK & Ireland at Schneider Electric (UK), says: “This award is a testament to the team’s ongoing dedication and hard work, and we are delighted to have won. It’s fantastic to get this far and we are looking forward to the national finals in January to see how we measure up against other leading manufacturers from across the UK.”

Carl D’Ammassa, Group Managing Director – Business Finance at Aldermore: “Our congratulations go out to these companies on their well-deserved success. The range and calibre of entries makes their achievement even more impressive. Their success demonstrates the real depth of drive, vision and innovation amongst local manufacturers and we wish Schneider Electric (UK) and Stadco the best of luck for the national finals.”