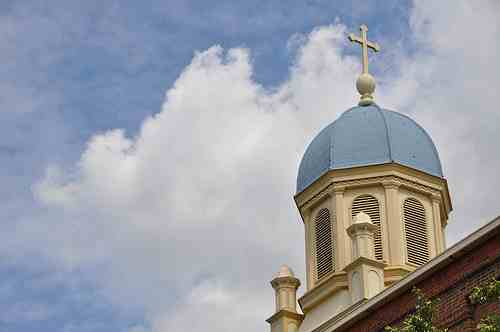 The World Council of Churches (WCC), representing 590 million people in 150 countries, has agreed on divesting from firms blamed for worsening climate change, triggering hope that major religious institutions from across the world will follow suit.

The WCC is fellowship of over 300 churches, which has previously taken a stance against nuclear energy as well, preferring clean and safe renewables. The institution is also holding an Interfaith Summit on Climate Change in New York in September.

The WCC’s central committee, formed by high profile religious personalities, has now voted in favour of divesting from fossil fuels and hopes that members will do the same.

Guillermo Kerber, coordinator of the WCC’s work on care for creation and climate justice, said, “There was an explicit wish at the Finance Committee to include fossil fuels as one of the sectors where the WCC will not invest in, based on decisions to divest from fossil fuels taken by member churches in different parts of the world.

“The general ethical guidelines for investment already included the concern for a sustainable environment, for future generations and CO2 footprint. Adding fossil fuels to the list of sectors where the WCC does not invest in serves to strengthen the governing body’s commitment on climate change as expressed in various sessions of the Central Committee.”

Bill McKibben, founder of divestment and climate group 350.org, commented, “The World Council of Churches reminds us that morality demands thinking as much about the future as about ourselves – and that there’s no threat to the future greater than the unchecked burning of fossil fuels.

“This is a remarkable moment for the 590 million Christians in its member denominations: a huge percentage of humanity says today ‘this far and no further.”

WCC’s decision follows similar moves made by other religious bodies to divest from dirty energy on moral grounds. In June, Catholic and Marianist University of Dayton in Ohio became the first Catholic university to divest from fossil fuels, while more recently, Philadelphia Quakers also decided to switch their finance to green projects.