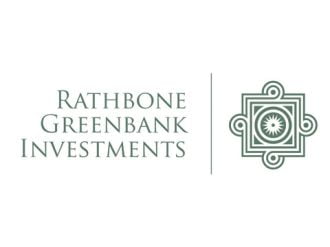 Sir Tim Smit, co-founder of the Eden Project, gave an entertaining but informative talk as the keynote speaker at this year’s Rathbone Greenbank Investor Day. The event was held on Thursday 18 June at the At-Bristol science centre in association with Bristol’s Big Green Week.

Sir Tim provided both a local and international insight into what he believes are the challenges we all face to create a sustainable future and the importance of innovation and creativity to bring about positive change.

Five short talks by prominent local figures involved in creating a more sustainable future followed lunch. Our first speaker, Juliet Davenport, CEO and Founder of Good Energy Plc (which she set up as a response to climate change) told the audience that there is a huge uncertainty hanging over humanity. She talked passionately about the importance of investment in alternative energy sources, and the fact that this should be tied into any divestment from fossil fuels.

Merlin Hyman, Chief Executive of Regen SW, explained that political policies aside, there is change happening. He noted that in 2013 the amount of global renewable energy installed outstripped new fossil fuel installation for the first time.

Lisa Jones, Campaigns Coordinator at the Soil Association, then gave an insight into what must be done on a more human level, speaking about the real threat of childhood obesity and the current disconnect of people from the source of their food.

Nick Sturge, Centre Director of SETsquared Bristol, explained what is happening in the local Bristol economy, emphasising the breadth and depth of business and work opportunities that exist and how there is a need for this to be encouraged, with investment in start ups playing a pivotal role.

John David, Head of  Rathbone Greenbank Investments finished off the day by explaining the function and impact of ethical and sustainable investment, examining the role that investors can play in helping to address the challenges we face as we invest in the future.

John noted the part that investors can play outside of the boardroom and highlighted the role played by investors in tackling modern slavery as an example.  He explained how the issue of modern slavery –  which affects over 35m people and costs the global economy $150bn per year,  as well as causing untold human suffering – became the focus of a coalition of investors seeking to influence UK law. Through the work of this coalition a Transparency in Supply Chains Clause was included in the Modern Slavery Act this year, requiring companies for the first time to report on, and therefore pay greater attention to, the risk of slavery and human trafficking in their supply chains.

The host for the day was Amy Robinson – Network Director of Low Carbon South West.