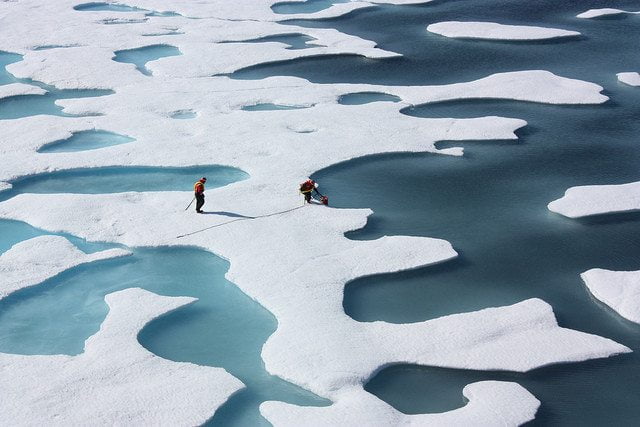 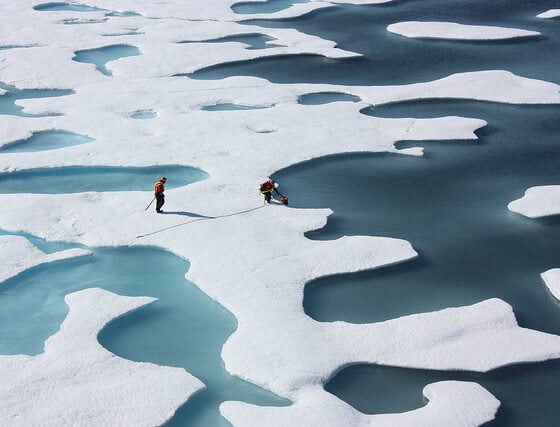 On Wednesday 18 January, 2017, eminent scientists, government representatives and business leaders will come together to discuss and address the complex challenges Arctic change presents to the world.

Their message to the Davos delegation, the world’s most powerful global audience, is to convey that ongoing temperature changes in the Arctic have serious socio-economic effects in the rest of the world. They offer their expertise to help political and business leaders shape the international agenda in order to address these effects.

They will present the latest findings on Arctic science and call for the mobilisation of an international response team.

Such incontrovertible evidence of our planet’s distress cannot be ignored and the impacts to the global economy, to food production and civil stability are growing

“We’re seeing signs from the Arctic that climate-change is progressing extremely quickly, even with just 1 degree of warming. Such incontrovertible evidence of our planet’s distress cannot be ignored and the impacts to the global economy, to food production and civil stability are growing. However, a climate-safe world, where nature thrives and opportunities for all are abundant, is still within our line of sight. Actions to arrest global warming pollution are increasing at great pace all around the world. The shift to a low-carbon economy is now unstoppable, but can it be done in a timely fashion?

“We are all united in wanting a safe, stable environment with long-term jobs that serve the economy of tomorrow. Let us harness that collective consciousness and use it to raise ambition, increase the speed and scale of the transition and deliver a turning point in greenhouse gas emissions by 2020.”

The event is organised by Lancaster University, British Antarctic Survey (BAS) and the Swiss Federal Institute for Forest, Snow and Landscape Research WSL.

Lancaster University and BAS are members of the ICE-ARC, (Ice, Climate, and Economics – Arctic Research on Change), project funded by the European Union’s 7th Framework Programme. ICE ARC examines the current and future changes in Arctic sea ice – both from changing atmospheric and oceanic conditions and the consequences of these changes both on the economics of the area, and social aspects such as on indigenous peoples. The Swiss Federal Institute for Forest Snow and Landscape Research WSL is a founding member of the Swiss Polar Institute.

“We know that science has important answers in assessing the global risks associated with the Arctic change and we need to make this as visible as possible in Davos. Arctic change is at a critical juncture; hard choices need to be made. These must be evidence-based and not ideologically driven. Ultimately we want to see a new Global Platform for Arctic Action, and it starts here with this summit.”

“It’s fantastic that Arctic issues are on the political and business agenda as they are very relevant to society. Scientists must build meaningful relationships with policy makers, business leaders, economists, and the peoples of the Arctic in order to provide access to the latest research studies which can then underpin decision making.”

“The Polar Regions, as well as Alpine regions, will experience two to three times the mean level of global warming predicted for the future. We need to act swiftly to delay, or prevent, the loss of the ice masses in the mountains and the shrinking of the two polar ice sheets which will lead to unsustainable sea level rises.”

Ten leading Arctic experts will participate in the event and be camping at the specially built Arctic Basecamp at Davos, in the grounds of the WSL Institute for Snow and Avalanche Research SLF.

A series of panel discussions and presentations will illustrate the current changes in the Arctic due to warming:

To find out more about the Arctic Basecamp please visit the supporters’ page.