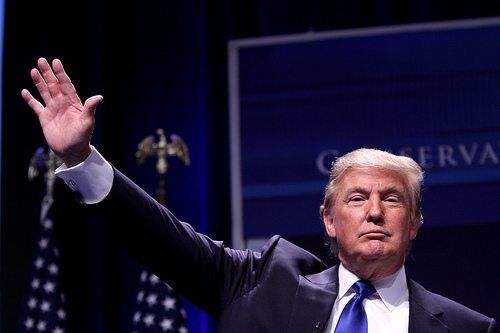 New evidence from non-profit InfluenceMap shows the way in which many powerful US industry associations have taken advantage of Trump’s victory to send messages against climate change regulations and push for policies that will favour the fossil fuel economy.

Trade associations the US Chamber of Commerce, the National Association of Manufacturers, the American Petroleum Institute and the Alliance of Automobile Manufacturers have called on the President-elect’s incoming team to roll back on policies such as the Clean Power Plan, methane regulations affecting the oil and gas sector, a decision to limit off shore drilling and for a more cautious approach to US Federal energy efficiency (CAFE) standards for vehicles.

However, many US companies have tried to maintain the momentum of the UN climate treaty and its national implementation in the US.  More than 530 companies, including Nike, Intel and Dupont signed an open letter on November 16th addressed to the President-elect, along with President Obama, Members of US Congress and global leaders asking for the “continuation of low-carbon policies to allow the US to meet or exceed our promised national commitment”.

“The affirmation from leading corporations of their commitment to the implementation of the Paris Agreement in the wake of the US election result is encouraging.  At the same time, corporations should ensure their climate policy values are reflected in the key US trade associations they are members of.  Climate change is not just another regulatory issue, it is the seminal challenge of our generation and policy leadership is essential.”

The analysis also highlights the links between the President-elect’s proposed team and certain US trade associations InfluenceMap has assessed to have been consistently active against climate policy.  On December 12th ExxonMobil CEO Rex Tillerson, who is on the executive committee of the American Petroleum Institute, was put forward as the next Secretary of State.  In a December 14th press release, the American Legislative Exchange Council (ALEC), currently ranked by InfluenceMap as the entity most obstructive towards climate policy, highlighted the critical role it will play in the new administration and the “sheer number of ALEC alumni in the new administration”, including four members in its current leadership council.