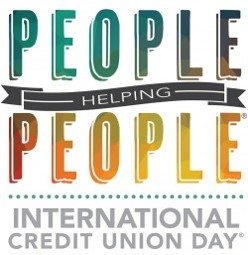 The Ministry of Defence has made it possible for three of the UK’s leading credit unions to join forces and make simple savings accounts and loans available to the Armed Forces and their families.

The arrangement means that Armed Forces personnel will be able to save regularly or repay loans with a credit union via payroll deduction. Family members and retired personnel in receipt of a pension are also eligible to join.

The launch of this service is being marked with a celebration at the head office of the Royal British Legion in London on Thursday 15 October, which is International Credit Union Day.

A new website – www.joiningforcescu.co.uk – is also being launched with details of the services offered to Armed Forces personnel by the three credit unions and links to join.

Police Credit Union Chief Executive Peter Evans said: “The three credit unions are honoured to offer our services to Armed Forces personnel, and it is a great example of credit unions working co-operatively with each other and with the Ministry of Defence to deliver a service to the men and women of the Armed Forces.

“Joining a credit union gives military personnel access to regular savings and affordable credit with a financial services provider that understands their job and their lifestyle. Our credit unions can help them stay on top of their finances and steer clear of high cost lenders.”

Minister for Defence Personnel and Veterans Mark Lancaster MP said: “I’m delighted that credit union services will today be available to Armed Forces personnel. It is crucial that those service people who work so hard to keep Britain safe, both at home and abroad, can access easy and affordable ways to save and borrow.

“This helps to tackle an issue that has caused disadvantage and disappointment to some service members.”

One of the first people to join a credit union under the new arrangement is Lance Sergeant Johnson Beharry VC. Lance Sergeant Beharry – who became the first living recipient of the Victoria Cross since 1969 for saving the lives of his comrades in Iraq – has joined London Mutual Credit Union.

Johnson Beharry VC said: “I am pleased to join London Mutual Credit Union and I look forward to spreading the word about this new scheme for military personnel. It is often difficult for people in the Armed Forces to gain access to financial services, especially those serving overseas who have little or no way of getting credit in the UK. By joining a credit union, Armed Forces personnel will be able to access affordable loans when they need them and to plan for the future by saving directly from their pay packets through payroll deduction.”

Internationally, credit unions have a proven record of providing services to Armed Forces personnel. The largest credit union in the world, Navy Federal Credit Union, has offered savings, loans and a range of financial products to members of the United States Armed Forces and their families since 1933. Today, the credit union has around 5.7 million members across America and assets of $70 billion.

Stay up to date with all the very latest news via www.twitter.com/JoiningForcesCU.