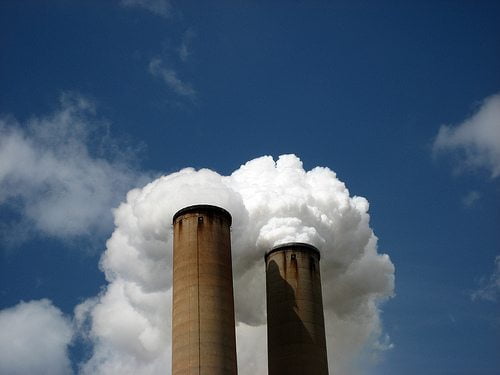 Ilaria Bertini reports on a recent conference in London that sought to uncover the health effects of climate change.

Is climate change bad for your health? This question was discussed at University College London (UCL) on Saturday during an event co-ordinated by student network Healthy Planet UK.

As explained by Andy Haines, professor of public health and primary care at the London School of Hygiene and Tropical Medicine, many diseases are sensitive to changing temperature. Examples include malaria and diarrhoea, while less rainfall in poor countries might mean less water to maintain healthy levels of hygiene.

Heatwave-related deaths, such as those throughout Europe during the 2003 hot spell, are another piece of the jigsaw that illustrates the risks that climate change poses to human health. Hotter temperatures also mean that people are less able to work.

Other deadly effects of climate change on human survival are related to the availability of food crops, with malnutrition still the main cause of child death in developing countries. The majority of crops grown globally end up feeding livestock, used to feed countries in the developed world.

Meanwhile, stunting in children linked to climate change is expected to hit 6-9 million in southern Asia and sub-Saharan Africa.

Haines also stressed the possible future impact of flooding due to sea level rise and heavy rainfall, whose effects have been dramatically evident in the UK recently.

Stunning figures revealed that in 2000, more than 150,000 deaths related to climate change occurred, mostly because of malnutrition, diarrhoea, malaria and extreme weather.

So what does need to be done to save not just our planet but our people as well?

Haines argued that a global effort to reduce greenhouse gas emissions was vital, as well as promoting a low-carbon economy in the housing, transport, food and energy sectors. These would bring substantial benefits to human health by reducing pollutants, encouraging active travel to reduce premature deaths caused by diabetes, depression and cardiovascular diseases.

At the Healthy Planet UK conference, chair of global health charity Medact, David McCoy, said, “We knew 30 years ago that climate change was going to be a problem. Why did we do nothing to solve the problem? Why did we invest so little in renewable energy and let the BBC give space to climate denials?”

McCoy stressed the connection between neoliberalism, climate change, politics and economics, arguing our economic system tends to create inequality and ease the overexploitation of humans and resources.

“All that matters is something that can be priced and generate profits. If it can’t, it doesn’t have any value”, he said.

The effect of this has been a rising inequality, resulting in 50% of humanity living on below $3.25 a day, with a surprising increase in the wealth of rich people after the 2008 financial crisis.

McCoy added that he was sceptical that the current social and economic system would be able to take efficient action against global warming. He said an alternative development paradigm was needed to oppose “corporate capture”, which eases monopolies and oligopolies. He also called for an “intellectual property rights regime” that limits progress in science and renewable energy.

Professor of climatology at University College London Mark Maslin said that the threat of climate change, together with an increasing population and increasing demand of food, water and energy, represented the “perfect storm”.

“All of or agendas have to take into consideration that extra 2 billion of people expected by the end of the century”, he said.

Maslin criticised the idea that people in poor countries are to blame for pressure on natural resources as they are said to have many children.

“The idea of poor countries having a lot of children producing emissions is wrong because again, it is down to developed countries and especially to their consumption”, he said, adding that often women are able to control their family size thanks to education.

The food issue was highlighted also by Tim Lang, professor of food policy at City University’s Centre for Food Policy. He stressed that food strictly relates to diseases and argued that “our food system has been amazingly unsuccessful.”

One of the reasons for this, he said, lies in the much-believed myth of the 50s and 60s that if we produce more food, more intensively, public health will improve.

Lang said that the food system needs to be reorganised, from land use to products arriving on supermarket shelves. Animal-sourced food needs to be reduced, he added, to reduce fat intake and related diseases.

Robert Biel, professor of political ecology and urban agriculture at UCL development planning unit, said that producing our own food, something often promoted by the Transition Towns movement, would mean more democratic, accessible and sustainable food.

But food and climate are not the only elements that would affect human health in the future, if climate change is not tackled.

Rachel Aldred, responsible for a course in transport planning and management at the University of Westminster, said we have created a “car-dominated system” of transportation. This has led to car-centric policies, the degradation of the environment and an increasing number of respiratory diseases, while cyclists face a “hostile environment” in our biggest cities.

Aldred said that cities need to be more democratic when it comes to the accessibility to public transport, and more friendly to active travellers.

It is widely agreed that climate change will have unpredictable consequences on the environment and the economy – yet global action has been slow and public acceptance of the science is often lacking. It is perhaps time to start shifting the debate towards the health impacts such a world will bring about – and the Healthy Planet UK conference was vital in encouraging this shift.