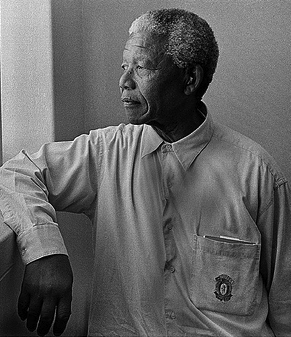 Justin Welby has said we should try to “emulate” Nelson Mandela in 2014, as he gave his first new year message as archbishop of Canterbury.

Welby said people should “change the world a bit where we are”, referring to the former South African president Nelson Mandela, who died in December, by saying tackling poverty is about justice, not charity.

Speaking at an event hosted by the Church Urban Fund, which addresses social issues in communities, the archbishop added that he was “hopeless” at sticking to new year’s resolutions, but he urged people to try to emulate Mandela.

“I want to suggest this year that each of us makes a resolution to try and change the world a bit where we are”, Welby said in his message, broadcast on the BBC.

Mandela, who was the key figure in the anti-apartheid movement, spent 27 years in prison before being released and becoming South Africa’s first black president. He died last month aged 95.

Welby also recently declared Pope Francis, who himself was elected to his role in 2013, as his person of the year, adding that his first year in the papal office had been “hugely effective”.