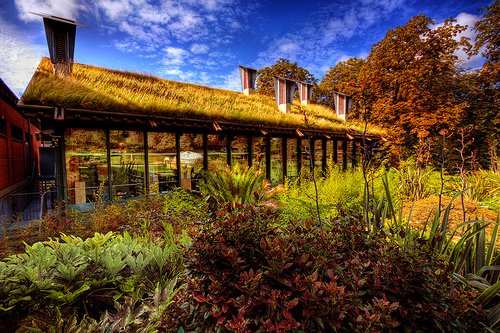 A new study has predicted a bright future for green building, and said that the UK is at the forefront of a global, sustainable shift in the construction industry.

The research, conducted by US consultancy firm McGraw-Hill Construction in partnership with engineering company United Technologies, looks at the construction habits of 62 countries across the world.

The study paints the UK as second only to Singapore globally in terms of innovation in sustainable construction, with 65% of British companies planning some form of green renovation project in the next three years. The global average is 50%.

“It also confirms that we now see more pull than push for green buildings.”

The study reveals that firms believe the best opportunities lie in new commercial construction of green buildings, and the renovation of existing properties.

Reasons for opting for a sustainable path vary. Thirty-five per cent of firms cite client demand, while a third (33%) say they’re simply reacting to the market. However, 30% of construction firms surveyed said that green building meant lower operating costs and another 30% mentioned a brand advantage through being associated with sustainability.

This is a clear shift from a similar survey conducted in 2008, when 42% of firms said their biggest motivation for green building was simply doing the right thing. In the four years since this poll, opting for a sustainable construction path evidently makes increasing financial sense.

“It is notable that over the next three years, firms working in countries around the world have green work planned across all building types, incorporating both new construction and renovation”, said Harvey M. Bernstein, a vice-president at McGraw-Hill Construction.

“The existing building market is a ripe opportunity for green building, and we are seeing that play out in the market.

“It is clear that green is becoming an important part of the future landscape of the global construction marketplace, and firms will need to be prepared for that transition.”

The McGraw-Hill and United Technologies study comes as three market leaders announced that they were clubbing together to create a green property index.

FTSE Group, NAREIT and the US Green Building Council revealed yesterday that the index would be for both institutional and retail investors, and would allow them to compare, contrast and measure green property.

“We’ve already received expressions of interest from many large asset owners concerned about their exposure to a rapidly changing sector directly affected by the transition to the low-carbon economy.”

A study by Pike Research in February claimed that global revenue from zero energy buildings would grow to almost $690 billion by 2020 and then $1.3 trillion by 2035, as developers reacted to stricter construction regulations and consumer demand.

The Rise of the Sustainable Home